How to practice your target language regardless of native speakers

This might help those who don't have native speakers to practice or don't feel confident to speak yet. This technique helped me a lot to practice English by myself.

One of the most effective (and funnier) methods that I've been using to practice is literally chatting with my phone just like I would do with a real person.

Well, I just changed the language of my phone to English and started asking Google Assistant some generic questions.

A lot of people don't know this, but Google Assistant has been improving a lot since it was launched and it is able to answer a lot of questions in a very human way.

Right now, the app is available in eight different languages:

However, they promised that the app will be available up to 30 languages by the end of 2018 (Danish, Dutch, Hindi and Indonesian are included among the upcoming languages)

For those who are interested, I recorded this video showing how I've been practicing my speaking skills with Google Assistant. I even asked it to marry me and it answered! hahahahaha 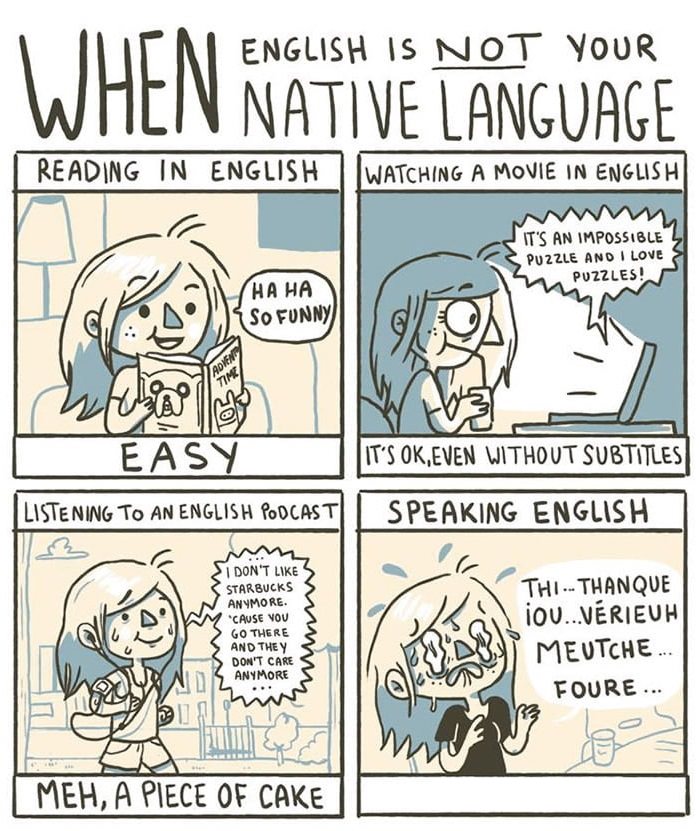 Oh my gosh, I did that a few times accidentally a while ago! I think I used Cortana (or maybe Google?) in Windows 10, and after changing my language settings, I didn't realize she would only respond to me if I spoke French. Whatever I said in English, it came out garbled and not understandable. I then spoke in French, and voila... she responded! I wasn't too good in French back then, but maybe now I will try that out and have her tell me a few French jokes in French. :-D

Hahahaha that's crazy, right? Sometimes we forget how technology can help us to reach our goals. AI is definitely here to stay! So, let's use it in our favour. I'm glad I could help you. And I hope the French jokes are better than the English ones! hahahaha

Thanks for sharing this RafaLeon14. I got a kick out of the Google Assistant answering you about marriage!! :) Thanks!

Hahahaha my pleasure. It was pretty funny. I love how natural it can sound sometimes. At least it was very polite. hahaha

All great ideas! As a native English speaker, I've been integrating French into my daily routine to create a more realistic use of the language. For instance: daily agendas, reminders, grocery lists, etc. With my closest friends and family, I'll occasionally write the french translation of a text message/email under the original. Some ignore them entirely, others have actually shown some interest in learning themselves :-D.

That's great. I'm glad your routine is helping you to learn French and you're improving and inspiring people in your social cycle to give it a try. You're an inspiration! ;)

This is a wonderful idea, my congratulations to you! You are well on your way to fluency.

Thank you! It makes me really glad when I see that my videos and tips are helping people out there. It's really rewarding when I see comments like yours. :)

I've been talking to my computer like a madman for years while learning xD.

It's "crazy" but it definitely helps a lot. hahahaha

That really is an excellent point - we carry around technology that can understand us and rarely think of it.

Siri (for those of us who're Apple-inclined) can do the same thing, and in more languages, though... I find that it's far more limited in other languages as to what she can tell me (my Hebrew Siri can't tell me about baseball scores, for instance, alas). Definitely good for practice, though.

Thanks! Definitely! We don't give AI enough credit. Technology is there to make our lives easier and sometimes we just forget all the potential we can carry on our phones. hahaha

Thanks for sharing! Did you create the comic?

My pleasure! Actually, I didn't. This comic is well known among English students. It comes from a French artist called Camille Gautier (pseudonym MlleKarensac).

It's a real shame you didn't put that source in the original post. I imagine a lot of people won't scroll down this far to find it. :(

I'm sorry about that. I just found the picture this way. I didn't remove any watermark and the comic was there just for illustration purposes. I didn't think people would really be interested in the comic. Anyway, I'm gonna edit it and post the info below the pic.

Wow this Al is rly smart but on the other hand it is a bit scary she can remember you name, hobby, write styl and more. O_O

Totally! It's really scary, but we need to be aware that online services such as Google and Facebook have a lot of info about us already. Unfortunately, this kind of "privacy" is something we need to "give up" in order to use their services.

At least you can see part of what they have on you here: https://myactivity.google.com/

It does sound funny. Yet it seems like it will work. I will eventually give it a try. Thank you for sharing that :)

My pleasure! I'm glad you liked it and I hope it can help you to learn your target language. :)

I don't have native speakers around to practice with too - thanks for posting this :)

I know it's hard but we gotta be creative in order to overcome these limitations. I'm glad I could help.

Also for anyone learning Russian, with the yandex browser on desktop, you can get "Alisa", it's like siri/google assistant that you can communicate with and it will reply to questions.

Thanks for sharing this with us. There's always amazing tools out there that a lot of people are not aware of. The more the merrier.

Wow!! Very cool idea! Allows a person to control the speed and number of do-overs. Nearly eliminates the embarrassment factor and you can look "normal" in public. You totally deserve a Lingot!!

Thank you! I'm glad you enjoyed. I wanted to share this because I was one of those people who has never had natives speakers around to practice. And it took me a really long time to notice how I could overcome these problems with creativity. Now that I succeeded, I want to help people to do the same. :)

Nice creative idea. Anyone know anything similar that can be used for a laptop?

You can use Cortana if you have Windows 10 :)

I've never used Cortana, but I know she is capable to do a lot of things. It's worth giving it a try.

Thanks! This helped so much. I watched your video too. Your English is amazing!

Thank you! I appreciate your compliments and it makes me happy to know that my video was helpful for you. That's what I'm here for! :)

Hey man. I remember a while ago you posted that video of yourself to give confidence to fellow language learners, and now this good idea. Just wanted to say thanks for the helpful content

Thank you, my friend! I'm really glad you remembered that post and I appreciate your compliments. I really want to help people and whenever I see comments like yours I feel that all my efforts paid off. It's always nice to see that people are appreciating your work. Once again, thank you! :)

Any one have any suggestion to practice the Dutch language?

My phone switched to Google assistant in Dutch a few days ago, so I think it's already available!

If you have the opportunity and means, then you can always visit the Netherlands.

I guess that's only for Android 7 +? I have Android 6 and I haven't seen that.

To use the Google Assistant, you’ll need a phone or tablet with:

That's pretty funny, though prepare yourself for some really weird advertisements coming your way :)

All free, eh? You guys have free phones and internet over there? That's pretty surprising.

"prepare yourself for some really weird advertisements coming your way"

Not necessarily. A lot of personal preferences can be "forgotten" if you want. Every time it says "I'll remember that" you have the option to ask it to forget this info and, honestly, if you are connected with a Google account already, it is likely that they have a lot of information about you already! Not to mention that you can always delete things here: https://myactivity.google.com/myactivity

"You guys have free phones and internet over there?"

I assumed you had a phone already and in order to watch the video, you also need an internet connection. So, I meant "no additional costs." Hahahaha

Ah ok. I have no experience with all that Android and iOS stuff.

Has anyone tried Siri for this? :)

Thanks! I appreciate the lingot and I hope it can help you out. :D

This is very cool-nd the comic is very funny too! Actually Google Assistant is more interactive than a lot of people :) Your English is very good, btw.

Thanks! Appreciate your compliment. And I totally agree. Sometimes I can have really nice conversations with Google Assistant (and I cannot say that of everybody hahaha).

Funny comic, BUT... having the skills and vocabulary to read books is not an easy thing, and if you have them you're probably able to have decent conversations on your target language.

Nice tip about using google assistant though! Have a lingot for that)