14 Comments
This discussion is locked.

Hmm... I wondered at the etymology if Jepang was a loan word from English, as it is closer to the English word Japan than to the Japanese word Nihon. According to Wikipedia though it's actually the other way around, The English word Japan is borrowed from the old Malay word, which is listed as japun or japang. It's amazing how much I learn about English when studying other languages.

It's the reverse, Japan is a loanword, newer than "Jepang".
It would make no sense to "borrow" from English the name of the Japan country.

The earliest form of “Japan” in Europe was Marco Polo's Cipangu, the first recorded form in English was in a letter dated February 19, 1565 (published 1577), spelt “Giapan”: Of the Ilande of Giapan, by Luís Fróis (a Portuguese Jesuit missionary in Japan), published in Richard Willes, The History of Travayle in the West and East Indies (London 1577)...
Source: Wiktionary.

The English "Japan" comes from the Malay-Indo "Japang", not the opposite.
Indonesian people knew about Japan long before European people...
Look: 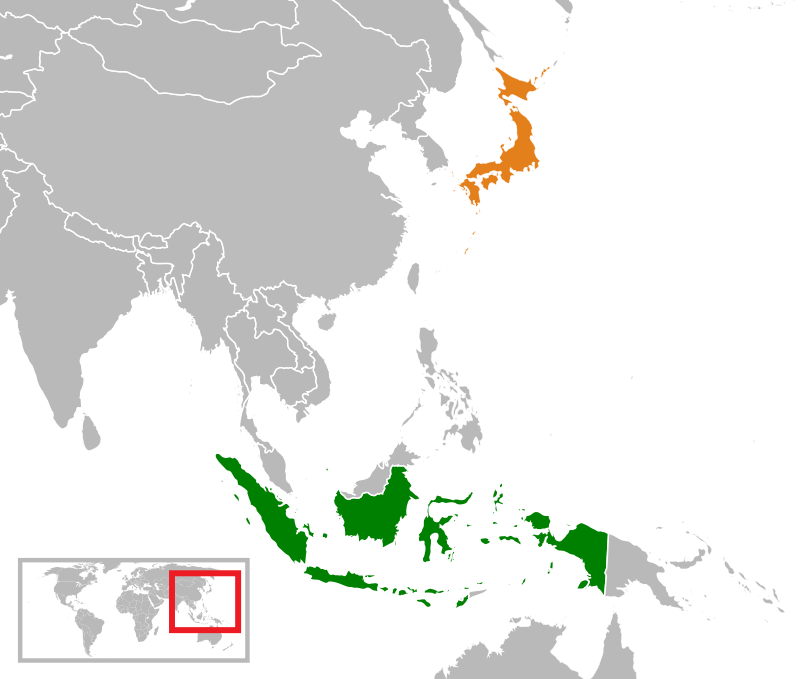 You can see the Japan (in orange) and Indonesia (in green) location on this map. So, why would Indonesia borrows the country name to English??

I'm thinking perhaps you only read the first line of my message before replying? confused look

You come from Japan should be accepted; it's normal English usage in Australia.

You can report it to Duolingo

I think they want rather "Kamu datang dari Jepang" for "You come from Japan".

When will I ever be saying this to my friend-

I am from Indonesia

No you are from Japan

This is a good app for learning any language

Kamu dari bijnor (I am from bijnor)