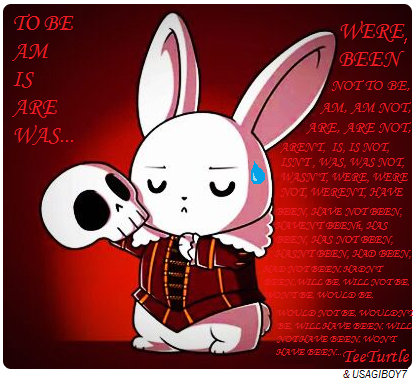 How often do everyday people think about the complexities of their native language?

Since joining Duolingo, I find more opportunity to think about the grammatical structure of English. I'm regularly comparing and contrasting it to the other languages I'm learning here. Conclusion: English is eyewateringly inconsistent. One of it's major defining characteristics is how often it breaks all of those rules we learned in k-12th grade. Apparently, we are supposed to outgrow them as we improve our fluency, according to James Harbeck. Content warning: Some profanity in that link.)

English is contrary due in significant measure to being an amalgam of every language it's ever had contact with. My experiences studying other languages has brought me a deep appreciation for people who speak (in any capacity) English as a non-native speaker.

"To be". The verb that inspired this whole post. I was reading about this verb and it bowled me over. Oxford Dictionary has this to say of this essential verb:

Ok, so that's messy. But, how hard could it be to learn how to use "to be"? There's only, what, only eight basic forms? (to be, be, am, are, is, was, were, been). I thought "ok that's probably annoying to learn, but, doable." Then I read an article that goes in depth into this verb. Snippet below:

Now, don’t get your hopes up just yet! Yes, there are only eight basic forms here, which isn’t a lot, but the “fun” part lies in the variations; negative and interrogative forms, combinations with other verbs due to specific tense forms, contractions, etc.

So, let’s do the counting once again.

A friendly piece of advice: don’t even bother counting all of these forms because the list does not end there. In fact, many of the forms above can be followed with the verb form “being” in continuous tenses.

It’s a lot, I know. This brings us to the main question of the day:

When and how are all forms of the verb “to be” used in English? (To read the whole article, click here).

As if "to be" weren't enough. We can add word order. Some languages are rather laissez-faire about word order. While for others, it's essential! I'd previously sort of put English into the laissez-faire category. Without thinking about it too hard I seem to remember we could move things around a bit. So, I looked up an article on word order, and borrowed from it in the section immediately below:

Upon closer observation, however, it turns out that English is among the less flexible languages when it comes to word order. Yes, there are exceptions. But, Modern English, for the most part, is very particular. Take these three sentences, for instance:

Each sentence has exactly the same words as the other two. However, each of these sentences means something different from the others. In the first, there is just a description of what the man did. The second describes what the dog did. The third is specifying which dog (it's the one the man pets.)

If you're thinking that word order doesn't seem all that hard of a concept to pick up, subject object verb. No big deal! Ok.

But, what about the order of English adjectives?
Yup, adjectives have an order too. It goes like this: "opinion, size, age, shape, colour, origin, material, purpose, noun" However, this order is superceded by the ablaut reduplication rule. This rule governs certain vowel order patterns. We don't say "Bad (opinion) Big (size) Wolf (noun)" which would have followed the Adjective order. Instead, we say Big Bad Wolf because it's following the ablaut reduplication pattern of ordering the vowels into IAO: BIg BAd WOlf.

Update: Please note, I'm not arguing that English is harder than other languages. I'm arguing that it is challenging. Learning any non-native language is challenging for most people. Here are some of the challenges involved in learning English that surprised me, even though I had learned them intuitively as a child.

So many good comments from the community! Yes! Bring what you know, challenge the assumptions, expand what the rest of us can know. You're all making this a far more interesting discussion than I'd hoped for so thank you! =D

My native language is Hungarian, which is not even an indo-european language, but learning or having learnt all the languages you can see next to my name (and Latin and Ancient Greek as well), I can say, that English is one of the easiest ones. At least for me, but I would doubt, that someone from an indo-european language has more trouble with it.

Why? The widespread lack of inflection in English compared to other indo-european languages is a good start. The lack of a case system, the logical conjugation and tense system and the almost nonexistent grammatical genders are all factors that make it even more "user friendly". The most difficult part is the pronunciation, especially if you consider, that it doesn't follow the writing so strictly, than in other languages.

As a matter of fact, on my journey with languages, I went to the other way. I realized, that Hungarian is not as difficult, as we Hungarians like to think. But others think similarly as we do, so here is what I experienced, when talking with people about what they think the most difficult language is.

A whole lot of people have the opinion, that their own language is the most difficult one ever. English speaking people especially. This is most probably due to the fact, that they see nuances in their own language, which they can't see in other ones, because their knowledge in the other ones is not so improved. But by every standard, English is very far from being even a considerably difficult one in comparison to other indo-european languages.

This is most probably due to the fact, that they see nuances in their own language, which they can't see in other ones, because their knowledge in the other ones is not so improved.

This is such a great point! Thank you for sharing your thoughts on this discussion. ^_^

The verb "to be" tends to be complicated in most languages. Mixing several root words for it is also not uncommon.

Have you ever noticed how, and this goes for other languages, the most common words are the most irregular? I guess it's the constant use that brings about the changes and they just become part of the language.

You are absolutely right. I just think about the German one: sein, bin, bist, ist, sind, seid, war, warst, waren, wäre, gewesen, etc. And we haven't spoken about Latin...

I want to know all the things! xD

I am an English (British) native and think about English from three perspectives - first academically interested, always have been ;) secondly learning Spanish and comparing, then thirdly as a parent teaching my own kids English and seeing some of their friends who learn it either secondary to a mother tongue or alongside one or two other proficient languages. For any non-native, can I say that I have native English colleagues who will write emails using incorrect grammar such as "I have ran..." (should be "I ran" or "I have run" in the context I'm thinking) and I don't pick them up on it for fear of being seen as elitist and because I fully understand what they mean. So perfect your English by all means, but never presume that all native speakers have it perfect.

English has changed so much over time. Things that are "correct English" today were German (etc) yesterday.

One of the articles linked in the OP talks about outgrowing high school English. And it goes beyond that. There is no perfect English. In the 22nd century, they'll have outgrown our 21st Century English, just as we've outgrown all of the centuries of English before. English has never had a state of perfection. Before it was English it was another language that slid via slang, trade, and conquest into something unrecognizable from tongues previous.

Onward people move it like that until one language becomes another and then another. If language had ever found a perfect state, it would stop changing. It would be accessible to everyone in its perfect form, representing everyone and all things, and satisfy our linguistic needs. But, it has not.

Where language is found wanting in one way or another, people change it.

never presume that all native speakers have it perfect.

This is a gem, for all language learners. So I'm going to put it in bold. :)

(Edit: I don't mean that sarcastically. It's a really good idea for learners not to assume that the native speakers they are observing are linguistically complying with whichever set of expectation the learner is hoping to comply with.)

From my humble perspective, English is one of the easiest languages to learn as a foreign language. And I will try to explain:

One of my mother tongues is Russian. When I compare it to English I get the following:

When you realize all the 3 genders have their own conjugation per all cases, that would make it 3 times 6, which is 18.

And this is just a tip of an iceberg. I feel for people who need to study Russian as a foreign language. That being said, I realize it is by far not the most complex one.

Brilliant! It's so important for everyone, native speakers as well as non-native speakers, to know how "unruly" English is. Other languages have hard and fast rules, English has fewer rules but depends on word order, usage, fixed expressions and the like which in some ways makes it more difficult to learn to use fluently. The adjective "rule" helps a great deal thanks for giving it to us.

You end with "So far..." can we hope for other inspirational posts? Please.

Other languages have hard and fast rules, English has fewer rules but depends on word order, usage, fixed expressions

I'm not so sure about that. There are exceptions in every language. For instance some people say the word order is free on Hungarian - but then I can show you a dozen odd pages of how that "free" order works in practice. And then there are phrasal verbs to learn. In English providing you stick SVO people will generally understand you.

Your point is valid, English relies much more on idioms and less on rules, than a number of other languages, such as Hungarian, German or Russian. Yet I deem myself very lucky to have been born in a word, in which the lingua franca is English, and not French, for instance.

Thanks jaye!
There are also these little posts about Japanese here. Though, those are more introductory posts for beginning Japanese language students. But, sure, I can add to my list to be on the lookout for more unexpected English facts too. ^_^