For other exercises, keiki can either be boy or child.

EDIT: Here is another related screenshot that elaborates the brief explanation... 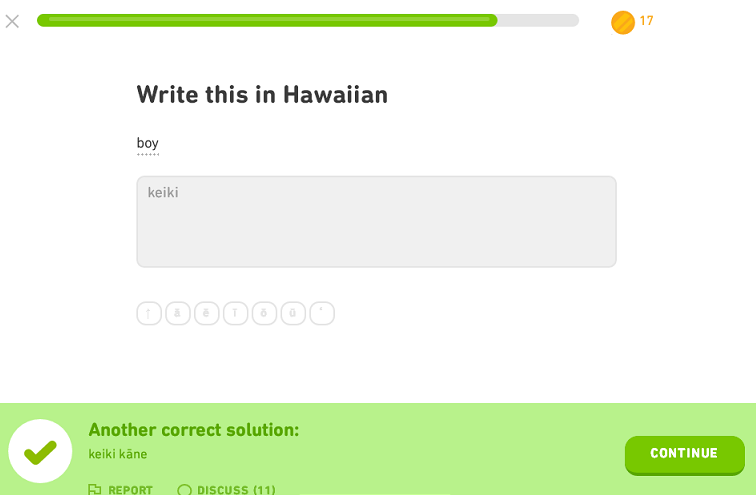 For explanation of the point of the exercise, see jdmcowan's post. The issue is that the image exercise does not clearly ask to translate the word "the male-child", even though "male-child" and "boy" can both be thought as the same words.

Yes. However, that can be confusing to some learners who are new or experiment with that course. In written exercises (without pictures), the answer "keiki" is accepted, which assumes that the context is not fully given.

To elaborate what I mean, I posted another screenshot for you to compare the written exercise with the picture exercise:

Well, it is a fairly new course, so it's bound to have some mishaps. I disagree that it would be confusing though. In my perspective, yes, you would be correct that it would confuse someone because of missing context, but there isn't missing context since that specific example isn't isolated. If someone was shown just that one, it would be confusing, but since we have an entire 4 levels to practice it, and it doesn't do that every time, it isn't confusing. Get what I'm saying?