Hello! Qatar is our new destination, so let’s look at some interesting [I hope] facts on this awesome country! ;D 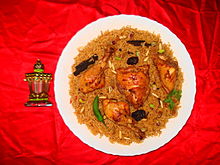 So that’s it for today! I hope you’ve enjoyed today’s post and cya guys next time :D Have a Great Night!

See you've put photos in your post little one. XD

Qatar is set to become the MENA region's theme park-central by 2020?! With Virtuocity, KidZania, Bounce Facility, and the newly-opened Angry Birds World currently in full-swing.

KidZania!!! I love that place. Only been once but who cares. Too sad they couldn't have a Thorpe Park. ;p

Little one? Sorry! Who's older me or you honey!? :p XD Well obviously I was gonna put pics in my post once I figured out how to ;p

I don't even know Kidzania existed but yeah ;p I mean I've never been to a theme park with my parents [they don't take me anywhere :'p] but I've been to Thorpe Park, Alton Towers and I forgot the other one... It began with a D ummm... anyways! Who cares! I'm practically scared of all rides XD The only ones I like are water rides, bumper cars [obviously], the pirate ship and the ghost train :3 that's cus I'm scared of heights lol [except when it's a high water ride I enjoy it for some reason]

I love all rides! Especially the scary rides! XD

Yes, I've been on Stealth. XD

ps. You're still the little one. ;p

one more ps. KidZania's in Westfield[it's HUGE been a few times hehe ;p]

No way! My friends almost forced me to go on the Stealth but I slipped away in time! I swear it's only a 3 sec ride! That's how fudging fast it goes! I almost peed myself on the bloody Rush! :S The most one I liked was the Tidal Wave ;p

I have enjoyed my tour around the Arab world with your series!

I really like 4# and 5# (I wish we had a standard closer to that in the U.S.) Maybe our divorce rates would go lower?

The picture of that plate of food looks delicious!

I'm sure the US has loads of cool stuff that's why everyone wants to go there too! Ha XD How high is the US divorce rate anyways? I must say that Arabia [as I'm guessing] in general, probably has a low divorce number... [looks like getting allocated to a mate isn't so bad after all XD - That's what happens in almost every Arab family]

I've never tried it, but it must be nice :P

Oh and sorry for replying late and yeah I also didn't post yesterday cus my Wi-Fi supplier decided to break down and had to wait for it to fix so :3

The U.S is a nice place we have NYC, the Grand Canyons, and other stuff (The most famous thing to see in North Carolina where I live is Grandfather mountain it is beautiful! I have been there 2 times, they have a mile high bridge and I am afraid of heights LOL)

The U.S divorce rate? I don’t know it off the top of my head, but all my grandparents and most of my aunts and uncles have been divorced. Just from where I live and personal experience knowing of divorces (not like my personal experience...I have never been married and I am not interested now, I am talking about people I know.) I would say that for every 3 marriages 2 will end up in a divorce. (2:3)

I just typed up 'Things to do in England' and most the places you can visit are in[no surprise at all] London! I actually just came back from a trip to the Royal Botanical Gardens[my limbs are aching]. XD

2:3 is the number of people I have met where I live. It is very sad.

London (Really?! a tourist place??No way LOL) I could go get a selfie with the queen over there!!!

If you ever hear of a violin arrested for trying to get a selfie with the queen, you will know who it was...

How'd you not know? I see tourists a lot[especially during summer ;p].

XD I sure will! Maybe even tell people I know this كمان kamaan/ violin. Might become famous.

My legs are actually gonna fall off any second now! XP We just had Sports Day! OH my lord I didn't do anything worth this pain! :S I have to hop around everywhere :'p

:O That's high! I've actually never heard of any of my family members ever getting divorced!

Bahain's flag and Qatar flag are so similiar you noticed?

Yup! Whenever the two played against each other in a football match it was impossible to tell who's cheering who XD