Translation:New York is not in California.

How come York turns into Eboracum? What's the etymology?

Eboracum was a Roman city where present day York is situated in Britain. I'm not sure if "York" evolved from the roman name, but I can see where Duolingo got "Novum Eboracum" = New York, even if it is only a linguistic joke.

I can see where Duolingo got "Novum Eboracum" = New York, even if it is only a linguistic joke

In fact, the Seal of NYC has 'Novi Eboraci' on it, and has done since the 17th century. DL didn't make this term up!
Here is the original seal of the Province of New York, created in 1669 (or 1664—I find conflicting references), with 'Sigill Provine Novi Eborac[i]': 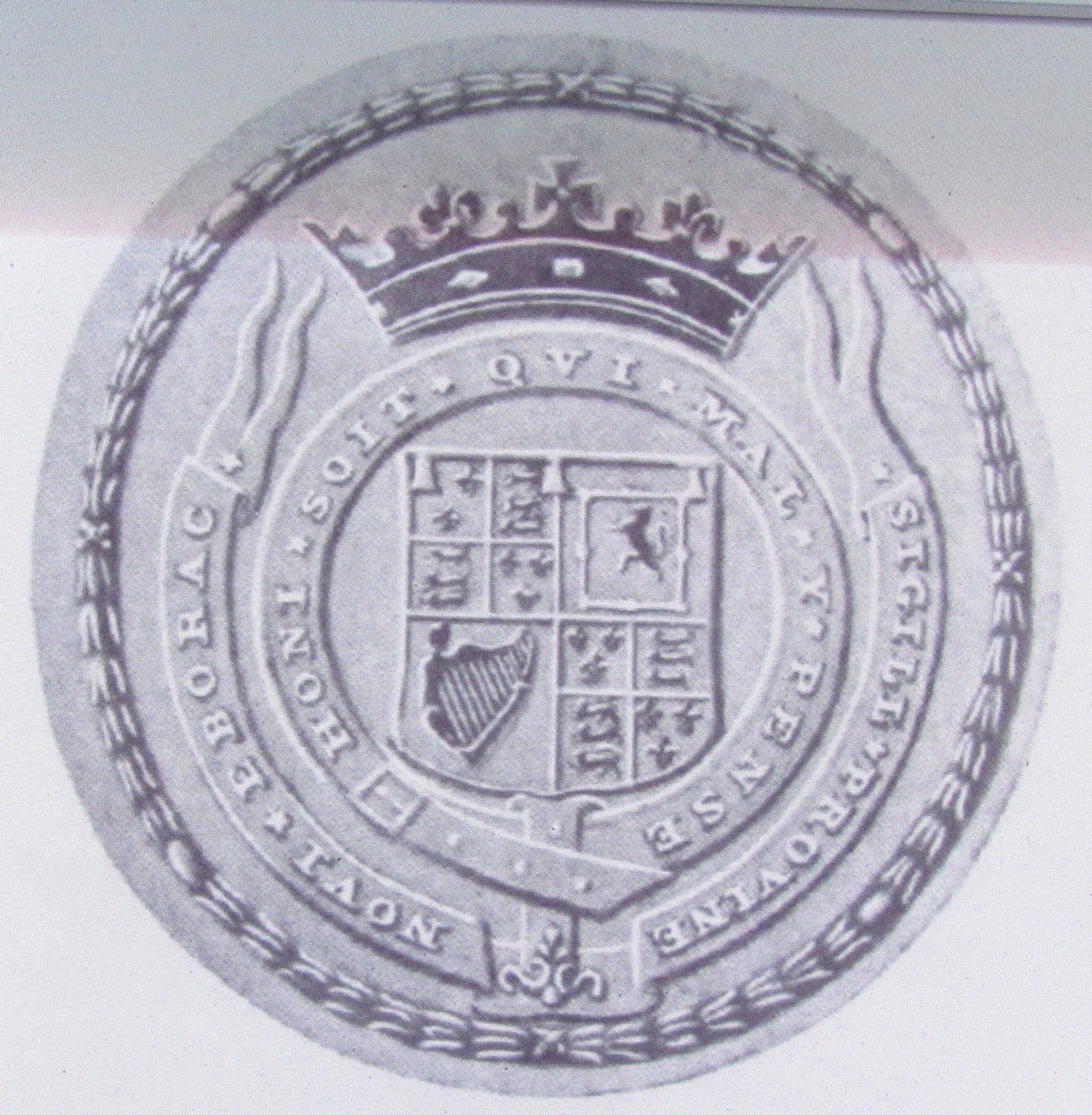 I didn't think anyone could find any practical basis for including "Novum Eboracum" in the course, but by gum you did it. Hats off.

Fascinating! Thank you very much!

hey man, thanks for the culture moment!

'York' is derived from its Nordic (Viking) name Jorvik.

'Eboracum' is the Latinised version of the original, Brittonic name of the settlement meaning 'of the yews'. This became 'Eoforwic' in Old English, which the Norse (who occupied York for a considerable period) turned into 'Jórvík', which Middle English subsequently turned into 'York'.

I learnt this recently at the Jorvik museum in York, and the girl I was with was desperately trying to get away from the dude telling us about etymology, I was like "dope". The "vik" part means a bay, like Reykjavik.

That will have very likely just been a phonological approximation leading to folk etymology, and started with Old English -wic ("Place") even before Old Norse -vic.

Given that York sits surrounded by flat farmland, your theory seems somewhat unlikely.

Thank you! I know Eboracum and Jórvík, but not how they are related. Diolch yn fawr

I love the fact that such a contemporary sentence can be translated into such an ancient language :-)

Contemporary? Was New York ever in California?

Kill him, he knows too much

Eboracum was the Roman name for York in Latin, the titular seat of James II as Duke of York. York was founded by the Romans in 70 AD. https://en.wikipedia.org/wiki/Seal_of_New_York_City

I think it would be much better to learn Latin just as it was used by people back then, rather than with modern vocabulary.

Or... maybe Latin is not as dead as we want to imagine.

California! I’m sorry, I just can’t do this anymore! I was so enjoying learning Latin (I’d moved off Spanish for a while in order to explore to what extent it was rooted in Latin.) That was until I got to this level; only to find it included Latin words for New York, Boston, and dare I say it, America! Can Duo not construct a sentence without American place names? Clearly not! With so many Italian place names to choose from, why on earth would one use place names from somewhere that was to lay undiscovered for another millennium. I’m off back to my Spanish, bye!

Perhaps the developers feel equally as sorry for recreating plausible Latin names and using one that is still featured on the New York state seal. Italian, however, should be equally as offensive since Dark Age Italian featured large amounts of Germanic imports by the Lombards on an already vulgar variant, save mentioning the natural variation that occurred well after the collapse of the polity.

If there were room to state that one 'can't do this anymore' that would be in the grammatical imprecision of the learning material. Exploration of the original intent in finding the correlation between modern Spanish and Latinate words is still possible.

Capua, Alexandria, Corinth, Carthage, Damascus. There are plenty of names that are more "contemporary" to choose from that a modern learner could easily find on a map. Including Italian ones.

The USA can't conceive itself as anything, but the centre of culture. I can't imagine many wishing to learn classical Latin are doing so to speak about the USA. Is really off putting. American isn't even an idiom for the USA in many Romance languages.

I think "Novum Eboracum is not in California" should be correct as well… I mean, if it is wrong to translate "Stephanus" with "Steven", why is it wrong not to translate "New York"?

You can always argue about the rightness or wrongness of translating proper names; I imagine that the Latin team probably took its position on this largely so as to avoid having to add numerous alternative translations on all sorts of cognate names people would inevitably submit (if you accept 'Steven', why not 'Steve'? Why not 'Stefan'? Why not Etienne? Etc.). This way they can concentrate on teaching Latin using Latin names.

City names are always translated. New York is called as "New York" only in english (and maybe in a few other languages). In almost all languages, it is translated. Btw, they used the official latin translation, they did not create this translation.

You DO translate Roma and Romae into Rome. Locations/People... apples/oranges

Modern cities have no place in a Latin course. The pronunciation of the words in this course are classical, not ecclesiastical. Therefore, the cities and places should be era appropriate.

The pronunciation is probably wrong considering even urban Romans made fun of the accents citizens gave from the provinces. The most famous case being Emperor Hadrian who was mocked while making a report to the senate. All efforts to reproduce authentic Italic are derivational and approximate, so the ecclesiastical account may take precedent.

Situm est would be right.

after reading all positive and negative comments (surprised by the latter), I find there are 2 things worthy of mention (although obvious, they answer certain questions and objections):

I would prefer to opt out of useless US-centric phrases like this, please! There are much better places to use than making me waste my time memorizing Latin New York, lmfao.

I'm very pleased to see the Duolingo course includes reconstructed Latin, so we can learn it as a living language!

I use Latin every time I go to Church on Sunday...Traditional Latin Mass...

Use of a language goes beyond rote callback and delves into communicative effort.

Do you mean Latin including modern words?

Why did it become "Novum Eboracum" from "Novi Eboraci"?

Different cases. Duo doesn't talk about cases much but they're a pretty important part of Latin grammar.

What is the difference between "Novum Eboracum" and "Novi Eboraci"?

My answer should be correct

I get why New York is Novum Eboracum, but what's with California? I mean, it does sound Latin.

California is actually a name given to the area by the Spanish who are romance language speakers which came from Latin.

you can just imagine Brutus replying - "well hey, i didn't know that!!"

What's the difference between "Novi Eboraci" and "Novum Eboracum".

The former is genitive; the latter is nominative, vocative or accusative.

What do you need?

Why is it "in California" and not "Californiae"?

Why does New York have its locative noun version and California needs the preposition "in"?

Non-Latin names do not take declension on Duolingo. York can be translated to Latin because York (Eboracum) was an important city in the Roman empire. (The emperor Constantine was proclaimed emperor there.) California is named after a fictional island which appeared in a novel by Garci Rodríguez de Montalvo.

Moreover, the locative was pretty much non-generative in Classical Latin (like the partitive in Russian, say, or irregular plurals in English). It is a holdover from a time where the language had a regular locative, prominent examples of which became fossilised in the standard form after it had fallen out of use generatively.

I think maybe California doesnt have a locative case

responding @Christyanbf's query: Why does New York have its locative noun version and California needs the preposition "in"?

As per rules explained previously in re "Romae" and "in Italia", equating New York (a city) and California (a state) respectively would seem plausible.

However, JesseGaronP's post states: "Non-Latin names do not take declension on Duolingo. York can be translated to Latin because York (Eboracum) was an important city in the Roman empire. (The emperor Constantine was proclaimed emperor there.) California is named after a fictional island which appeared in a novel by Garci Rodríguez de Montalvo. "

New York Flat is, though!

Can someone explain the declension here? When one should use Novi Eboraci and when Novum Eboracum?

I bet Caesar didn't know that!

I got translation right.

The city is no longer called Eboracum, so I dont see the point of it being called that way. Should just be New York

It's a little Latin joke. Lighten up!!

Why do you must do put "California" or "NY" you cant simply put things like "Hispania, Roma, Romania..."