why does one use 'in urbe' but for in Rome, one uses only romae?

Not everything has a locative case. I'm not clear on the rule of thumb, though. I think it has to do with size and/or specificity.

Here is the rule of thumb :) Proper names of CITIES, SMALL ISLANDS, & TOWNS use the locative (i.e. no prepositions), as well as the common nouns HUMUS (ground), RUS (countryside), & domus (home). So since 'in urbe' is a common noun (that isn't one of the three mentioned before) it needs a preposition while 'Roma' is a proper noun (of a city) so you use 'Romae" for 'in Rome' (and 'Romam' for 'to Rome' and 'Romā' for "from Rome"). There are other rules for the names of things that don't end with an 'a' for locatives (as well as going to them and from them).

By the way... even the Romans couldn't always agree on what constituted a small island.

Because Italy is not a city, town, or small island. It is a nation.

They seem to be, haven't seen any in the lessons I have gotten through.

Shame, I hate that they’re neglected in so many textbooks… But I guess maybe for Duolingo there’s a practical reason as well. Maybe including them would mean adding double the accepted answers in order for “type the translation” type tasks to work for everybody whose keyboards don’t support macrons.

Neglected in so many textbooks?! lol The Romans never used them. We have audio files here to help us to get a grasp at the pronunciation. No need at all to butcher the written language with macrons. Besides, I think it is more important to people learning Latin to understand how the vowels are pronounced properly (in my life I can count on one hand the native English speakers that I've met that actually, for instance, pronounce "o" properly without that typically "ow" vowel English sound).

The Romans didn’t use minuscules or the letter u either, and whether macrons are butchering the writing is a subjective point of course ;) I just lament their absence because they were neglected in my school education as well, with the result that in the end none of us had any idea which vowels were long, which is a problem when it comes to understanding poetry.

But you’re right, there are more pressing things to get right about the pronunciation, and what I’ve heard of the audio so far is very good indeed. They’ve even got the classical pronunciation of v as [w]! My deepest respects, also for the fact that the course exists in the first place of course!

"The Romans never used them". The Romans did quite often mark vowel length, either marking a vowel as long by writing it twice or by using an apex above it. If those who were surrounded daily by the language and spoke it natively thought this was worthwhile, why not us who come to the language later in life and do not have the luxury of constant exposure to its pronunciation?

Besides this, it should be clear to you that we are not imitating the practices of ancient orthography here: Latin has been in continuous use for two millennia since Cicero donated his head to his enemies, and those many centuries have seen the introduction of miniscule letters, of regular spacing between words, of modern punctuation, of standardised spelling, of the u/v distinction, and so on (not to mention numerous practices that are now, to the reader's cost, defunct, such as the i/j distinction and the use of graves to distinguish ambiguous forms like "quod", "quo", "eo", "cum", &c., and to mark the long "a" of first declension singular ablatives).

As for the audio we have here, not a single one of our volunteer readers takes any care to observe correct vowel length.

In Latin macrons are used to differentiate long vowels from short ones (at least in texts which use macrons. I believe they are a medieval invention to help in the study of Latin, so the Romans themselves didn’t use them). That can be important because there are words which are distinguished by vowel length. For example os with a short o means “bone”, while ōs with a long o means “mouth”. Different case endings as well: Rōma with a short a is nominative case (or vocative “oh Rome”); Rōmā with a long a is ablative case “from Rome, out of Rome*. And vowel length is crucial for poetry as well.

They weren't in original Latin in the first place.

Neither was the letter u.

j's u's and k's didn't exist. u's were just v's that sounded different, k's never existed, and j's are what became of i's and u's

j came from i

u and w came from v

Length marks are not a part of latin language. They are only used in some textbooks in order to help students. So they don't belong here.

The marks aren’t, but vowel length as a feature is. And true, length marks are not used in ancient writing, but then neither were minuscules or the letter u.

Don’t get me wrong, I understand the decision, even though I disagree with it.

That is false. The ancient Romans often put them on inscriptions and in writing. On stone inscriptions though, many have worn off - which has contributed to the myth that Romans didn't do it.

Here's a wonderful video on the subject. https://www.youtube.com/watch?v=D3bmLi1bKI0

Yes, they are part of the language, despite what I've read here. 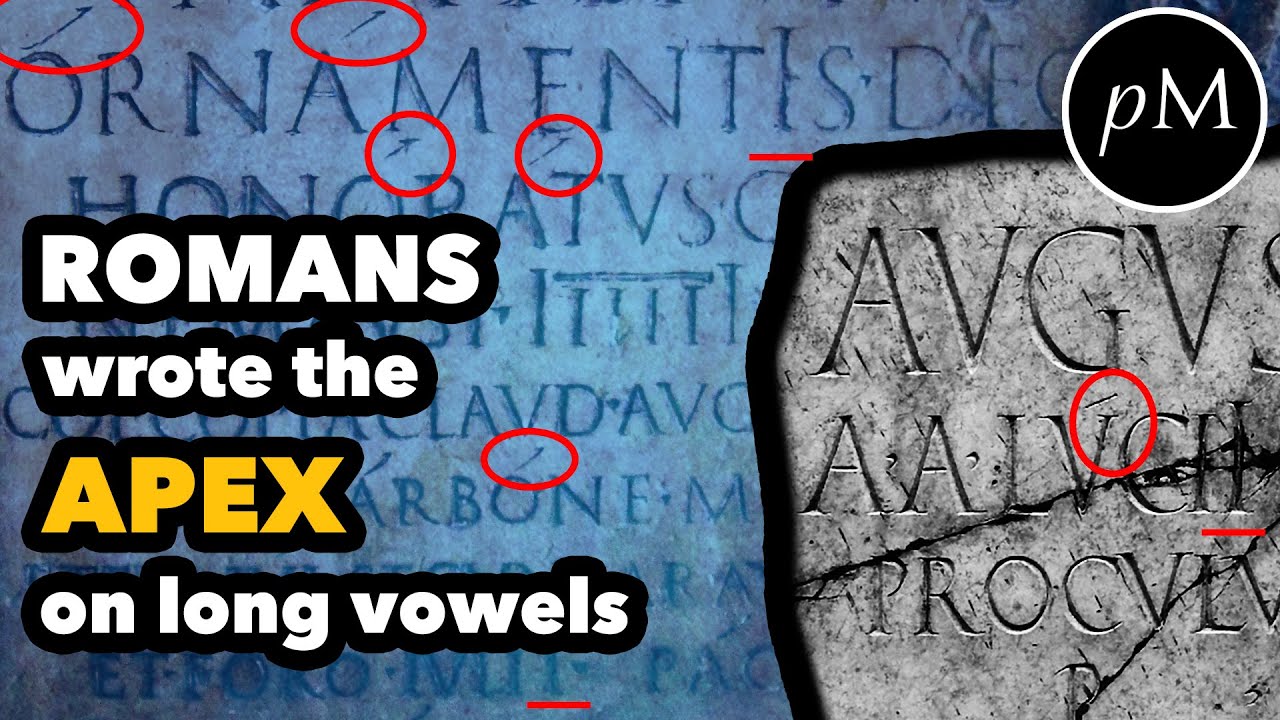 I'm pretty sure that macrons existed, they come from the greek word makron meaning long

Why can't you say "Ego Romae habito"? Is that just because Latin tends to drop pronouns?

What's the difference between habito and habeo?

Could someone explain why the "e" was added to Roma? In the tips (light bulb?) section it only mentioned the vocative as adding an "e" and then only if the noun was masculine. This doesn't seem to apply-does it?

The 'e' is apart of the ending '-ae' which is used here for the locative case.

Thanks now that you told me locative I was able to look it up. https://www.youtube.com/watch?v=VwLS-fh3pVg

Yes, this is the rule for people who can't play the video.

why is "Me habito Romae." wrong?

me is the accusative or ablative. ego is the nominative.

I have read the comments on length marks. For me I rather wait with having to learn where to place them at this beginners level. One of Duo Lingos attributes is the Audio. Hopefully for the most part a trustworthy resource. Thank you to people who volunterly has contributed. It means a great deal for people like me who find it difficult with learning things by reading only. I guess there are text books and grammars with macrons available for learners who prefer learning with them, or maybe, some one in the future gets inspired to add a vocab with macrons that learners, could have to use as a voluntary option.

"Roma" is the name of a city, so it takes the locative case and no preposition. Also, typical word order puts the verb at the end. It needs to be "Romae habito".

Why is it not Habito in Romae?

Cities, towns, and small islands (along with a very small handful of regular nouns) take the locative without any preposition.

Are you saying the whole thing was in English with no Latin to translate? That's a glitch. Next time something like that happens, take a screen shot and submit a bug report.

"In Urbe habito" should also be correct as capital Urbs, if capitalized, can also mean THE city, which is Rome :DDD

That would be "y'all live".

So why not Romae habitas? I figure it is all about connotation but still dont get it.

It's not connotations, it how the verb conjugates.
http://latindictionary.wikidot.com/verb:habitare

The ending of the verb changes based on the subject.

habitas means 'you (singular) live' vs habito meaning 'I live'

What is the difference between Habito and habitas?

Remember how in English present tense the verb ending is different whenever the subject is a “he/she/it”? In Latin (and most other European languages) that is not restricted to “he/she/it” or the present tense. In those languages all grammatical persons (“I”, ”you (single person)”, “he/she/it”, “we”, “you (multiple people)”, “they”) have an associated verb ending in each tense. Indeed, because you can see the subject from the verb form itself, you can simply omit the pronoun altogether without losing any information in many of those languages. So in Latin you can just say habitō for “I live”, you don’t need the actual pronoun egō “I” because you can see from the verb form that the subject is “I”.

As previously asked and answered on this page:
http://latindictionary.wikidot.com/verb:habitare

You can but it probably had a similar effect as adding subject pronoun still has in most modern Romance languages (French being the notable exception): stressing the subject. So it would be equivalent to: “I live in Rome (not somebody else).”