Translation:What is in the lararium?

My money is on the drunk parrots

He stumbled there after falling off the chair.

A chair which is not a mother, mind you!

Just the grammar: nummi (pl. of "nummus") mei in psittacis ebriis (position -> ablative) sunt..but the English sentence is an idiomatic expression, I doubt a literal translation is appropriate here 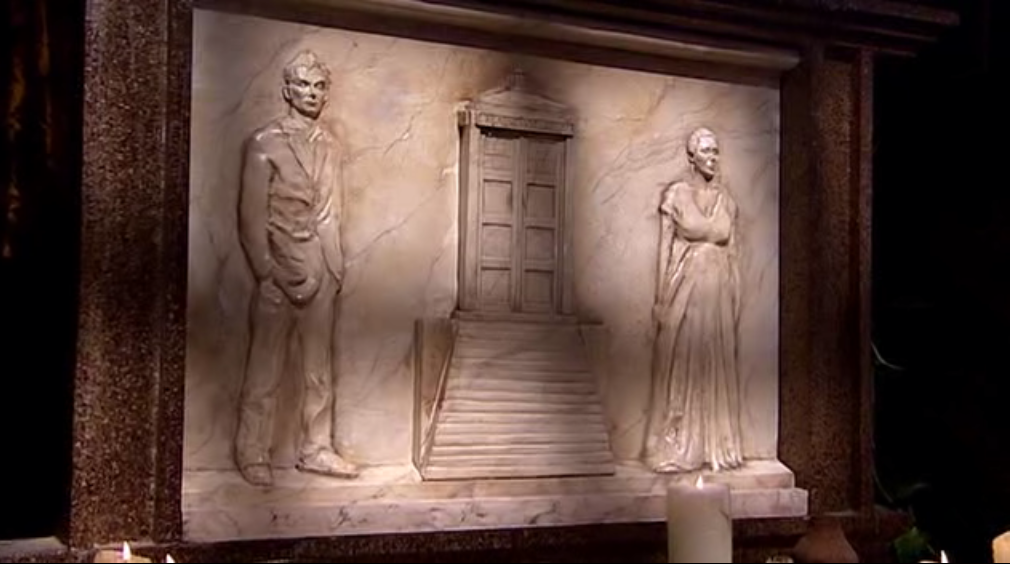 Modern art! Out of the way, that’s it! Oh Rhombus, I’m a little bit peckish. Get me some ants and honey. There’s a good lad. Oo! Maybe a doormouse.

Noun. larārium n (genitive larāriī); second declension. in a Roman home, the part of the house set aside as a shrine or chapel for the household gods.

Here's a photo of a Lararium at Pompey: http://pompeiisites.org/en/comunicati/a-sumptuous-lararium-has-re-emerged-in-a-room-which-is-still-being-excavated-in-regio-v-at-pompeii/ And here, scroll down to the double lararium: https://www.pompeiiinpictures.com/pompeiiinpictures/R7/7%2003%2013.htm This blog has a photo with the household gods extant: https://holylandphotos.wordpress.com/2018/07/12/household-gods-and-christian-converts/

This information is very helpful; thank you.

I love the enthusiasm in his voice lol

Why is it that the etymology of many words in English is almost always with a singular accusative suffix (I believe I've also seen some plural acc. and gen. ones too), disregarding the proper declension?

It is just lararium in nominative too, because it is a neuter noun. It doesn't have to do anything with accusative. You can remember cactus, octopus etc, which save their masculine ending. And I cannot remember any Latin word that was really borrowed in its accusative form

Because they come from Norman French. Occidental romance languages like Spanish and Italian tend to derive nouns from accusative while Italian or Romanian do it from the nominative (at least that's what they thought me)

Great point with a slight adjustment: Latin accusatives, both singular and plural, led directly to the forms found in Spanish. Italian is a little more complicated: Italian singulars derived from Latin accusatives, but the plurals, which don't end in -s, derive from nominatives. E.g., Spanish cabra (sg) & cabras (pl) but Italian capra (sg) & capre (pl). Have a lingot. Cf. Joseph Solodow, Latin Alive (Cambridge) 234-35. The distinction you make between occidental and eastern Romance languages is helpful. Solodow (235) also notes that loss of final -s in Italian plurals is also the case in other eastern Romance languages.

"What is in the [another word I have only seen in Latin, supposedly in English]?"

It isn't normally, only in whatever it is that Duo speaks in lieu of English.

What is a lararium?

but a lararium is a shrine so why not 'what is in the shrine' . In fact that was marked correct when i tried exercise previously.

"What's in the shrine" is still marked wrong, even though it's 100% correct. Specifying "house shrine" doesn't help.

It's still considered wrong today, August 12th, 2020. I could not find "lararium" in an English dictionary ! Shrine is correct English.

Perhaps the English dictionary you consulted was insufficient for the task.

As of this moment, I'm officially adding "lararium" to the English language.

Why larario and not lararium, and how do I know from the context? Seems like a singular masculine version or something?

In larario (ablative) = (something/someone is) in the lararium

In lararium (accusative) = (something/someone goes) into the lararium

The latter is similar to 'ad lararium' with the added idea of entering, and not just approaching