Why does duo spend so much time on Alif Tejar (sp?), a letter that isn't used in any modern Arabic dialect, but only in the Quran?

The person who wants to learn a new language must first learn the classical form and its basic literature and then slowly become acquainted with the modern and new and interactive forms of that language. However, in my opinion, the ancient Arabic language known as Ignorance Literature (ادبیة الجاهلیة) is much more expressive and more mature than the modern Arabic language.

The purpose of language is to communicate and I see no reason for teaching a version of Arabic that isn't used.

When you started learning English, did you start with Shakespeare or Chaucer or Cædmon's Hymn? Maybe Beowulf? Generally, those are things that people study after they have a good grasp of basic English. The Alif Behar (how do you spell that?) falls into the Chaucer category, imo.

Yes, I agree with you. At first I didn't understand what you meant. what is the meaning of Alif Behar? I can't understand. Can you explain what it means to me or write it in Arabic?

thank you for your attention.

I've never seen it written out so I don't know how to write it in Arabic. My language partner, from Saudi Arabia, tells me that it's a form of ا found only in the Quran and represented in writing by a small straight line over a consonant. It's neither حَ or حا but pronounced aa. Duo won't let me copy it, so that explanation is the best I can do.

I can't answer the question but just for reference to others, is this what you are talking about? 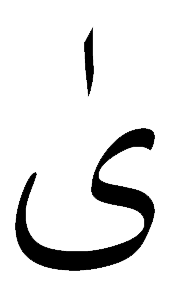 For a lot of people, learning Arabic means getting to know Quran. I'm not a Muslim but since I live in Iran I had to learn Arabic in school in order to be able to read the Quran.

I had to do it but for many people, I think this might be the case. Those who have just converted to Islam( or were Muslims but never had the chance to learn Arabic) and now want to get to know their book better. If this was only used in old poetry etc. I would agree with you but for many people, Quran is a part of their daily life.

Maybe -- but then why aren't they teaching Classical Arabic rather than MSA? As I understand it, there are some big differences. For example, does the Quran have words like تي شيرت and جاكت?

Actually, I am happy that I got taught every letter and this not for being able to read religious things. But I like to read and listen to old poems. Here you see that it is helpful to know all of the letters only then you have a chance to learn more than only the today's language. For many people it is also great to be able to learn more about the Arabic culture and the history. In my language (it is German) I am happy that I am still be able to read the old letters too. Here you can start to read texts and then decide if might it be interesting or not. And so we now can do so in Arabic too.

I certainly agree about wanting to learn more about Arab culture and history as part of learning the language. My language partner and I spend a lot of time talking about US/Saudi differences, and the history of each country.

I just think it's odd that Duo includes a letter that just isn't used today. I took an Arabic class a few years ago ... it was taught by a Muslim and there were only 4 of us out of some 35 in the class who weren't Muslim. Even then, the Dagger Alif was never mentioned.

Because they're teaching useful Arabic? Are you saying one should learn Arabic either for the sake of Quran or being able to communicate with modern Arabs, and never both?!

If the Classical elements were added later on, it would make sense to me. I guess I'm just not sure why they include it in the very beginning and why they seem to give it so much emphasis. Or maybe the oddity is that it was never mentioned in the classes I took.

OTOH, I understand why ٱلْـحَـمْـدُ للهِ is used constantly, although the sentences in which it's used are often odd, like كلبي متعب والحمد لله