What do you people think about using American cities and states names in Latin course?

I know it's for English speakers, and it probably was made by americans, but it's really weird to use modern American cities names translated as"Novum Eboracum" or "Bostonia" in sentences.

I'm not against the idea, I was really happy to learn that "Novum Eboracum" is really something that does exist (New York Latin motto): I learned new things!

But "California", "Boston" etc, bring nothing interesting in the learning for us.
I'm not against a few cities, but I prefer to learn something new, and I'm like most of the users, I don't like the fact that all the cities are from the same country.

I want a city = to learn something new.
California in English, and California in Latin = nothing new. European cities have Latin names, it would be more interesting to visit the European capitals in Latin.

It would be great if you add already existing cities

the most well-known at least such as: 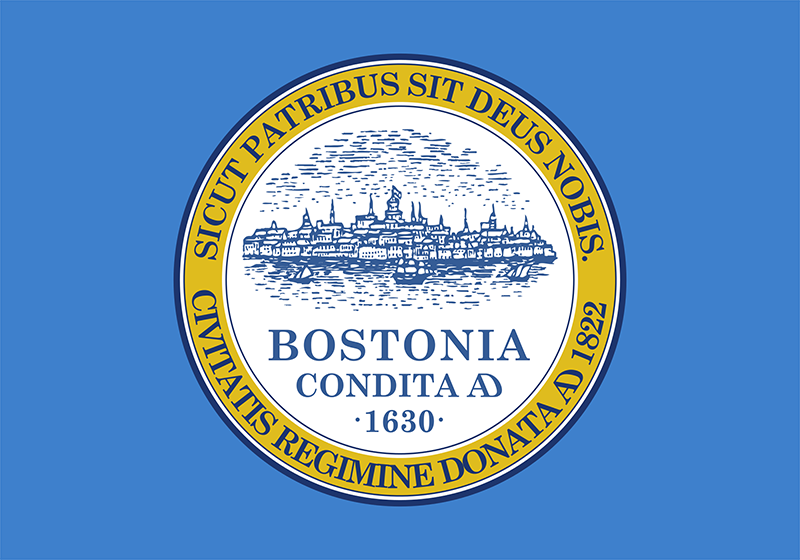 If they put the Latin motto for the seal, it would have been interesting. Only "Bostonia" is not interesting.

Sicut patribus sit deus nobis. Right across the top. That is the motto of Boston.

I guess there's some value in seeing how scholars formulate a Latin name and decline it for place names that didn't exist way back when.

Yet, on the other hand, when learning Latin, that's probably not as important as learning what the ancient Romans called important places. You're probably more like to run into these in your Latin readings than Chattanooga, for instance.

Here's a few links where you can see some of the ancient place names:

Consider that many of us are not learning Latin for the approximately 400 years worth of Classical Latin literature, rather for the 1400+ years of post-WRE European literature, and others are learning it for modern conversational or religious use. There are far more writings in Latin which are unrelated to Rome (the nation) and Romans than there are related to either.

That said, I would like to see more variety in place names - whether Ancient Roman or European.

Absolutely. As Jürgen Leonhardt says in Latin: Story of a World Language, "The sheer numbers must be illustrated to be fully appreciated. If we assume that the sum total of Latin texts from antiquity may be snugly accommodated in five hundred volumes running an estimated five hundred pages each, we would need about ten thousand times that number, that is, at least five million additional volumes of the same size, to house the total output in Latin texts. A brief review of the use of Latin shows that our estimates, if anything, are on the conservative side." (p. 2)

He goes on to do the brief review, noting for instance that "[t]he quantity of letters written in Latin is also incalculable. The more than three thousand letters written by Erasmus of Rotterdam alone equal almost half of the total number of letters still extant from classical antiquity. Moreover, Erasmus was only one of several thousand persons from the Middle Ages and early modern period whose Latin letters we still have" (p. 4).

And " . . . a mere forty dramas have come down to us from antiquity--the number of plays staged in Latin from the fifteenth to the eighteenth centuries is between five thousand and ten thousand" (p. 4)

And he gives other similar comparisons of scientific works, poetry, dissertations, certificates and diplomas, such as Jason137255 has mentioned, etc.

(The bolded emphasis is mine, not the author's.)

And some of this later Latin has been scanned and is available for us to read for free online in Google Books or Gallica (BNF), etc.

. . . Yet, I agree. More variety would be nice in the geographical names. The vocabulary used may have depended on who was writing the particular lesson(s), rather than an overall plan. Perhaps that will change with the promised course update.

Good point and some interesting info.

I should not have made an assumption about what people intended to read. I stand corrected.

The city of “York” existed in Roman times and I believe the romans occupied it or took it over so they had a word for it. The word for “new” is known. So “New York” makes sense. I don’t know about Boston.

I know about the city of Eboracum, and I've seen other people reffering to New York as "Novum Eboracum", as a modern translation in Latin, but it really gives some inconsistency as other cities names can't be translated.

Nothing weird about it. People have been using Latinised versions of their city names for many centuries, even those places that didn't come from Latin names originally - well, fewer centuries in America than in Britain, but still...

As for "Eboracum" for "York", the Romans stole that from a much older name for the place, and just Latinised it.

All the names of cities are translatable in Latin. The Vatican doesn't use the English version of city names for instance.

My brother went to college at William and Mary; his whole diploma is in Latin and it’s headline says: “Collegii Gulielmi et Mariae in Virginia.”

Gulielmus is the latinized version of William by the way. Latin/proto-romance speakers couldn’t handle that Germanic W at the front of a word so they added that GU sound.

The original name is Willhelm (Will + helm), but it didn't enter the English language until the arrival of William the Conqueror, the real name of William was "Guillaume" (and other graphies for this name).
Sometimes it's also written "Williame le Conquereor". (conquérant is modern French)

"Wi" was easier to prounounce "gui" (with a non mute "u") for old French speakers, and the "gui" impossible to pronounce for English speakers, of Germanic origin, retransformed into "Wi".

The name has been very popular in English, because of the Norman king lineage.

It's a really weird thing this wi/gui/wi indeed.

Not just French, Iberian Romance languages use the Gui- pronunciation as well. In Spanish it's Guillermo and in Portuguese it's Guilherme.

I suppose it would depend on your beliefs about what classifies a "dead" langauge. As I understand it, Latin is dead only because no person speaks it natively, but that does not stop LSL (Latin as a Second Language) practitioners from creating Latinized words for modern necessities that were not present at the time Latin was spoken more commonly.

In a sense it's a bit like trying to fit a square peg into a round hole. In a natural contemporary spoken language users of the language would process and assimilate the word until something of a consensus forms or the linguistic regulating body (like in France) might come up with the "official" and "correct" word. The thing is, I don't think it's good to get bogged down in "what would the Romans have done" kind of thinking.

I agree. I would expect to find the argument taking form among those who learn Latin for the study of History/Classics and those that learn Latin for Linguistics or otherwise. The former being the group that is more restrictive on Latin's evolution. I could be wrong, of course.