Translation:As wet as a cormorant.

They are fairly large, black seabirds. They are coastal, and dive for food from the sea surface, unlike many seabirds that dive from the air, or the closely related shag that dives from a rock. According to Wikipedia the terms are not clearly distinguished except when referring to the two main British species. If you haven't heard of either, maybe there is a local term for a local species, as they are found on most of the world's coast.

Edited: you might wonder why cormorants are so 'wet' when most birds, especially seabirds, have excellent waterproofing. It is claimed that they

possess a layer of unique feathers that retain a smaller layer of air (compared to other diving birds) but otherwise soak up water. This allows them to swim without fighting the buoyancy that retaining air in the feathers causes, yet retain enough air to prevent the bird losing excessive heat through contact with water.

The details are disputed but it is clear that cormorants get a lot wetter than other birds, and this is very noticeable because of their distinctive wing-drying behaviour. This makes it the perfect simile for 'as wet as a ...' for a predominantly coastal population such as the Scots Gaels. 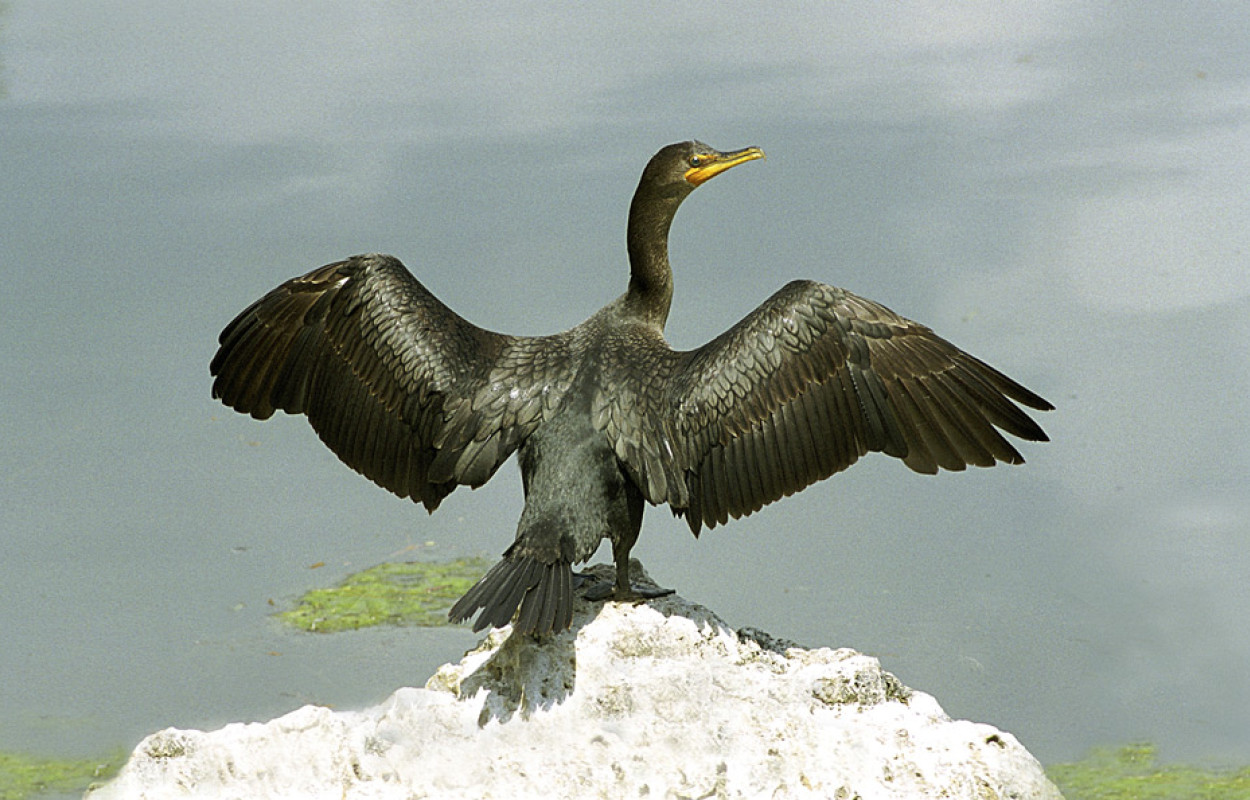