So 'Little Britain' refers to Brittany in Gaelic, and Wales in Irish, which is referred to in Manx simply as 'Britain', the term used in Irish for Brittany. Cornwall is referred to as 'Great Cornwall' in Breton as there is another one in Brittany. Bro-Skos is literally 'Scots Region'. Llydaw means 'Continent'. Manx seems to have attached the n from Yn to the beginning of *Albin and *Erin. You will see that Breton zh (pronounced /z/ in most dialects replaces the dentals t and dh/dd, so all the Brythonic languages have a similar word for Ireland. Cornwall seems to be masculine in Irish but it's not obvious why.

Try to learn that lot without getting confused. (All courtesy of Wikiepdia, so I do not guarantee they are right, and some may be disputed.)

Also, Wiktionary and Sc. Gaelic Wikipedia both give Breatainn Bheag with slender -ainn. But Am Faclair Beag has Breatann with broad -ann.

Is it a dialectal difference? Am Faclair Beag claims Breatainn is genitive, has this form, then, spread to nominative?

When did the NW tip of mainland europe nearest Dover become 'little Britain'?
Ptolomey has Ireland as 'mikra Brettania' (little britain) initially, before he calls it Iwernia (Hibernia)?

The short answer is after Ptolomy.

It's nowhere near Dover which is in the SE corner of England. They spoke Anglo-Saxon in Dover at the time discussed here. Brittany is opposite SW England, from where Britons migrated at some time towards the end of the first millennium AD. That's why they call it Bretagne in French, which also refers to Britain. There is a lot of confusion in various languages from this part of the world about the names of all the Celtic regions and that is why Brittany is sometimes called 'Little Britain' and Britain 'Great Britain' in various languages. The Breton language is classified as a British/Brythonic/Brittonic language as it comes from Great Britain. It's closely related to Cornish and to Welsh, the language spoken in the the place referred to in Irish as 'Little Britain' and in Manx as 'Britain' (i.e. Wales). That makes it a first cousin to Gaelic. It has all the basic features you are familiar with: two genders, mutations (loads), continuous tenses, emphatic particles, verbs at the beginning, etc. etc. 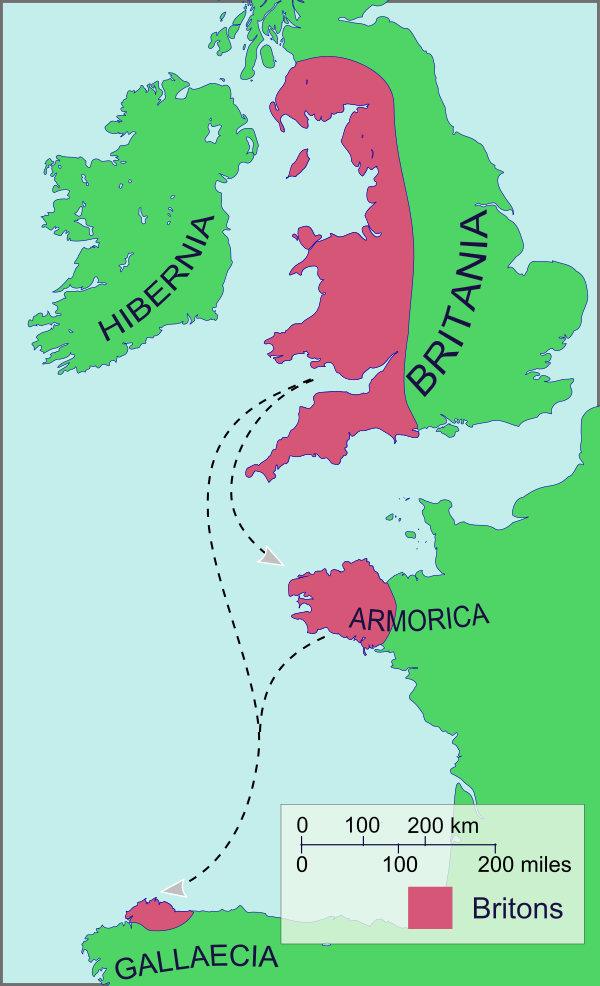 If you want to see all the names the Celts have for each other, see my post on another question. It's a shambles. DaibhidhR

Why is it marking beautiful wrong when its on the word list?

"Beautiful" will be accepted here, so it's most likely that you had a typo elsewhere :)