"Tha an t-uisge-beatha ann am muga."

Translation:The whisky is in a mug.

Surely everyone knows that the whisky is in a jar!

How would you instead say: "The whisky is in the mug"? I suppose you wouldn't double up the "am"?

No. I believe it would be "Tha an t-uisge-beatha sa muga".

I'm sure they'll cover this later but see here: https://learngaelic.net/lg-beginners/jslessons/index.jsp?lesson=7#screen_1

You may not have covered this yet, but in the dative (i.e. after most simple prepositions) the article lenites both masculine and feminine nouns:

Definite articles are another, and complex, kettle of fish, and depend on case and gender. See https://learngaelic.scot/beginners/beagairbheag/grammar/article/index.jsp for a brief intro and https://gaelicgrammar.org/~gaelic/mediawiki/index.php/Articles for an eye-glazingly detailed description.

Off the top of my head, I think it might be "anns a' mhuga" but please don't take my word for it.

It was normal to put whisky in a mug or cup - with the tea - if you did not want people to see you drinking. There used to be a big problem with alcoholism in Gaelic-speaking areas. Whilst this was socially acceptable for men, it wasn't for women, so a lot of tea was fortified.

A mug is a bit Philistine.

My whisky tastes fine without the bullet, but if you do want to use this sort of glass it would be glainne peleir as you need a genitive. 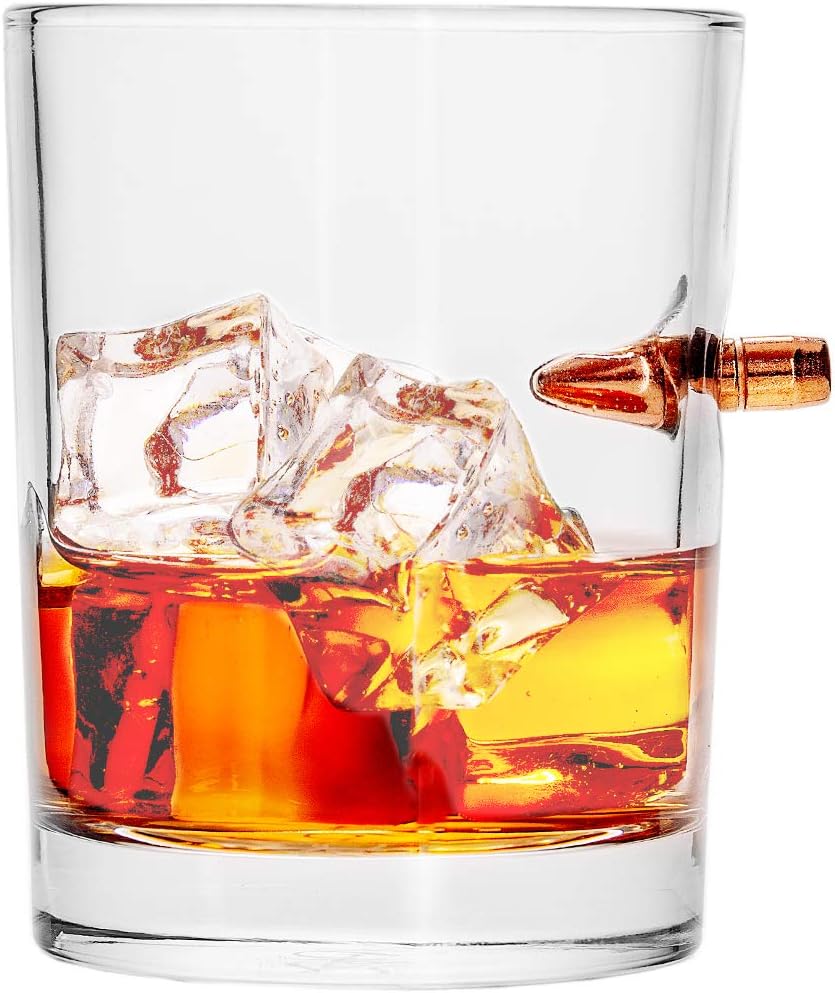 Why is the t- used before uisge-beatha? We've seen it used before a number of different words so far, but with no explanation.

They prefer to get you used to things in easy examples before they explain but I assume you want to know when it is an t-, as well as why.

The fully story has several bits, so here is the simplified version that only applies to the material covered so far in the course. (For anyone who does know more Gaelic, I am only covering the situation where it comes before a vowel, and only covering the nominative and accusative.)

You have met two versions of the article:

Well, the first of these adds a t before a vowel

The historical explanation is that the t was part of this form of the article in the first place, and was simply dropped before a consonant, in exactly the same way that English a/an was originally an and the n was dropped before a consonant. Why we write it an t- instead of *ant is beyond me. More modern teaching, including Duolingo, counts it as part of the article, regardless of how it is written, whereas older books tend to treat it as a t that is added onto the noun for no obvious reason. D