When do you use 'an nighean agam' and when 'mo nighean'?

They are interchangeable. Mo + noun is what we call inalienable possession and is usually used for things that are personal to you e.g. family members, pets, body parts, clothes, etc. For some reason, 'husband' and 'daughter' seem to be the exception in colloquial usage. You are more likely to hear "an duine agam" and "an nighean agam" over "mo dhuine" and "mo nighean". You can use either or here, you won't be penalised for it.

It's also worth adding that often "mo nighean" is used to mean "my girl", as in a girlfriend or spouse, which may have something to do with why "an nighean agam" is the default for daughters :)

Very interesting, and just the opposite of what I thought (which is what would be logical). But it makes sense, as mo is used hypocoristically - that is when you want to specifically make something more personal and intimate, as you would with a girlfriend. This is actually very common in the past with saint's names, often found in place names with mo or ma in, such as Kilmahog.

However, this detail of usage is the sort of thing where there will be a lot a regional variation, especially as this is the sort of usage that you are more likely to hear amongst friends than on the news, and I don't retract what I said that I have never heard it done this way.

If you think about from the patriarchal point of view that existed when Gaelic was forming, a man owned his wife, so mo bhean, but a wife didn't own her husband, so an duine agam. For daughters, a father only owned his daughter until she took a husband, then the husband owned her, so a daughter was alienable, hence an nighean agam. Mo nighean implies a level of possession greater than this, so would be applied to a girl you (as a man) did own completely, which was more likely to be your girlfriend than your daughter.

I have three issues with that. One is that Celtic culture was much less patriarchal that the system we think of as Western that is based mainly on Judeo-Christian practice with a bit of Greek and Roman thrown in. I remember a story in Old Irish where two kings (one female) were married to each other and squabbling. They didn't even have the terminology for a queen as an inferior sort of king. I'm not saying there was total equality of opportunity - indeed the vast majority of kings were male - but the attitude was different. Women did not take their husbands' names.

The second thing is that this is not the correct structure for ownership. If you wish to emphasise ownership, 'my slave' would be an trall leam.

And the third thing is that if it were the dad that owned the daughter we would expect mothers and fathers to say 'my daughter' in different ways.

I used a father as the example because a man could have a daughter and a girlfriend whereas in proto-Gaelic times I suspect they lacked the terminology for lesbian relationships, so with a mother there would be less scope for confusion; my point was a daughter became part of another family upon marriage, therefore was not inalienable to her parents, whereas a son would bring his wife into the family therefore he was inalienable to his parents. It makes perfect sense to me that a language would develop in this way, but I accept your point that I'm placing a Judeo-Christian lens on it and my view of the language's development perhaps does not fit with the Celtic tradition that actually fed into its development.

I'm very interested to hear that Old Irish lacked a word for queen, that would suggest that the introduction of Christianity to Ireland pushed gender equality backwards significantly!

I do not know the exact criterion for 'inalienable' in Old Irish, but in modern Gaelic a daughter is definitely inalienable. She might have ceased to be yours, but she would not cease to be your daughter.

lacked a word for queen

What I meant was that they did not use the word for a king's consort as the word for a king in her own right. English is unique (so far as I know) in having unrelated words for 'king' and 'queen'. How the Germanic word for 'woman, wife' came to mean 'queen' in Old English is not obvious. This did not happen in any other language. It became ben in Old Irish, hence bean 'woman' and ban 'female' in Gaelic.

The word that was used for a female king developed into Modern Gaelic banrigh 'female king' that the dictionary will tell you means 'queen'.

It is so easy to forget, when so much of what we have been brought up with as 'normal in a civilized society' is simply 'normal in the Judeo-Christian society that became the standard in Europe and was then spread around the wolrd'.

There is clear evidence if you read Old Irish, Middle Welsh or Old Norse, as well as Greek or Roman mythology, of males and females treating each other as equals, but it is easy to miss as it is not 'in your face'. Nowhere does it say 'men and women are equal'. It's just that there are stories that you would not get it in the Bible. I cannot think of any story that has men and women as equals, after day six of the world. Women are usually temptresses, chattels, in the background, etc. Things start off well - on day six of the world the Bible says

But as explained here the word adam, translated as man, is clearly an ungendered term. But you only have to wait till chapter two to find a second version of events. The same word, adam, is now male, and a woman is create from him and for him as a helper. She then tricks him leading to the fall of man, and things do not get better in the rest of the book. 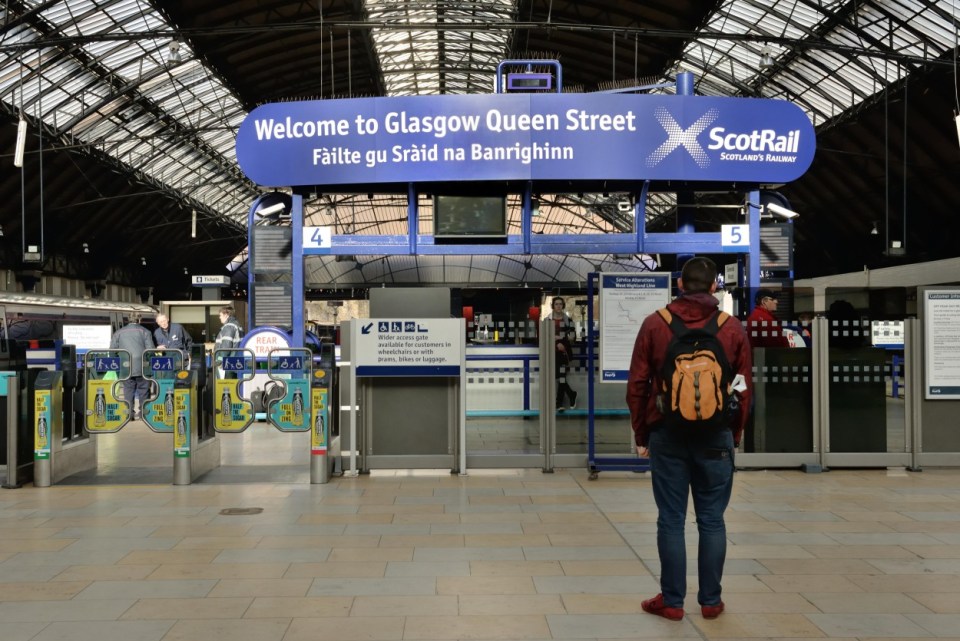 I would always say mo nighean. They seem to put random words together on this course to practise a certain piece of grammar without thinking if it is the correct structure for the given vocabulary. The standard teaching is that you use mo for 'inalienable' things. But what does that mean? My rule of thumb is that is anything where a scientist could determine if it is yours - blood relations, for example, but not your wife/husband/boyfriend/girlfriend which is determined by social convention and the law. I'm not saying people stick to these rules as obviously natural speech does not involve scientific tests and there will always be variation, but I think a daughter would be about the most likely to be mo.

But there is a big problem. Notice that I said 'daughter' not nighean. Nighean can also mean 'girl' or 'girlfriend'. Then I would accept either. Add this to the fact that I would not brag about my daughter being 'terribly nice' and I think it is a valid sentence, but only if you don't translate nighean as 'daughter'.

I've got a question about adjectives and adverbs.

So far, we've been shown that to make an explicit adverb from an adjective, we say gu before it e.g. math good -> gu math well.

But here we have two adjectives together, with the first (uabhasach) modifying the second (snog). What we don't have is *gu uabhasach snog

Is it the case that as in German you just use the adjective as the adverb in such cases unless an explicit adverb form already exists?

On this occasion it is like German but normally you use gu to make an adverb. But Gaelic does not like unwieldy expressions and in particular it will not use gu if there is another adverb, or some other small word, in front of the adjective. So gu snog 'nicely' but glè shnog 'very nicely' and cho snog 'as nicely'. There is no rule to say you can leave the gu out here but you do. I guess that gu uabhasach snog would be just too unwieldy.

Thank you for that explanation :-)

I can barely hear the audio in this exercise.

Would native speakers say someone is 'terribly nice'? It's very posh to say that in English!

But it is a literal translation that teaches you what uabhasach and snog mean, and that is more important as far as I am concerned.

But as I said above, I can't imagine anyone saying this about their own daughter.

@RedKite9: I came here to ask this question. It seems like an anglicism to me.

It sounds ok to me - not garbled and not too fast. Some words will naturally run together in normal speech, just like we do in English, but the grammar we learnt previously will confirm there is an 'an' in there.

I have a daughter but I would never say this.

i answered " i have a terribly nice daughter. agam= i have

Agam means at me, not I have. Gaelic doesn't have the verb to have, it uses the construction there is a shirt at me where English uses I have a shirt and the shirt at me for my shirt.

This sentence literally translates as the daughter at me is terribly nice.

PhilipWhitaker has answered in terms of the literal translation, but we need to look at why you cannot say 'I have' in this sentence when translating into natural English, since you are right that 'I have' is sometimes the best translation.

Firstly, 'I have' in generally only used when there is nothing after the agam. The 'terribly nice just doesn't fit into that sentence. The other problem is that this says an nighean, 'the daughter. This is definite. You have said a daughter. You will find your sentence does not work so well if you try to put the in instead of a.