Oh my god I want a picture of this so badly! 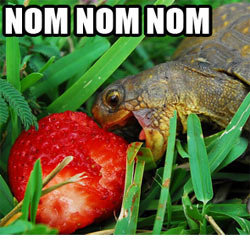 It's people like you who make this experience enjoyable :'(

Is it just me or is Dutch slightly easier than German for English speakers? I have recently started both and both are very hard for me compared to the latin languages like French and Spanish but Dutch seems to stick faster in my head than German. Just wondered if any other English native speakers feel the same.

Yes, it's easier. This can be explained with language history, contact, language families, and language features.

Language history: The Anglo-Saxons were mostly Angles and Saxons, but also included some Frisians, Jutes and Franks - mostly people who lived in the area of southern Denmark / extreme north of Germany (near the North Sea and Baltic Sea coasts), but also a few from what is now the Netherlands. The languages spoken today in their regions of origin are all functionally dialects of Danish, German and Dutch. English seems to mostly the result of mixing the Germanic languages of these immigrants with some aspects of the Celtic languages and later also with French.

The modern language whose centre lies closest to the region of origin of the Anglo-Saxons is Dutch. This is because modern Danish is a Scandinavian language and Standard German is based on dialects from quite a bit further south. Also, Dutch shares with English the significant French influence.

Contact: The Netherlands, like the UK, are a sea-faring nation. As essentially neighbours, they have a long history of trading and competing with each other. Also, the reason why all of East Anglia is dry land today - as opposed to many cities being on islands - is Dutch engineers.

Language families: Among the West Germanic languages, English is in a subgroup with Scots and Frisian. The other subgroup consists of Dutch, German and Yiddish. So the language most similar to English if we don't count Scots - Frisian - can in some sense be considered a dialect of Dutch!

Language features: All Germanic languages are undergoing a process in which the original SOP word order (subject-object-predicate, like in Latin; example: He her loves) gradually morphs into SPO word order. English is the only one that has (almost) completed this process. The others are stuck in an intermediate stage called V2 word order. Dutch word order is slightly more progressive than German word order, i.e. slightly more similar to English word order. (Yet less so than Scandinavian word order.)

All Germanic languages are also undergoing a process of simplification in which they are losing case and gender. Like the English case system, the Dutch one is almost completely lost, whereas German still has four cases. Also, Dutch has merged two of the three Germanic genders in the same way as Danish and Swedish have done, whereas German is one of the languages still keeping masculine and feminine separate.

East Anglia had a large influx of people (weavers) in the middle ages (c. 1300) from the low countries, which is why Fleming is a common name there. I don't know if it was enough to influence English but your comment reminded me of that, which I just read preparing a history class a few days ago. As for the language features, I would be careful about saying "undergoin g a process" with a specified end, we cannot predict the future and there is no reason to believe separate languages will trend to the same end.

I appreciate your comments guys and am impressed by your knowledge of the evolution of languages.

Absolutely correct. I now remember knowing at some time that there are two kinds of West Frisian. Nevertheless I was actually thinking of something that makes sense - just wrote something that is probably plain wrong (that West Frisian is often considered a dialect of Dutch - this is an understatement for one of the things so called, and probably just wrong for the other). I have now corrected my explanation to say that West Frisian (the language, though I won't mention the two kinds of West Frisian here because most readers won't know about them anyway and the others can read this exchange) can in some sense be considered a dialect of Dutch. What I mean by this is that if we apply the definition used in China, then West Frisian is definitely a dialect of Dutch.

I was misled into saying what I said originally by the fact that for East Frisian and Saterland Frisian it's true. In Germany these are often considered dialects. Since some German 'dialects' (e.g. Swabian, Colognian) have little mutual intelligibility with standard German, we are clearly using a sociological definition. The Netherlands are much smaller and more homogeneous, so it makes sense to use a stricter definition there.

To put it differently: If all Dutch speakers started learning German and writing only in German, Dutch would become a German dialect according to the German logic. But if all German speakers started learning Dutch and writing only in Dutch, German would not become a Dutch dialect according to the Dutch logic.

Very interesting johaquila - thanks for that.

I guess I'm the odd one out here, but I found German pretty intuitive and Dutch is killing me. Possibly it's because I learned German first and am now trying Dutch, rather than trying to learn them both at the same time... People tell me it should be easy for me to learn Dutch because I've already got French and German but yiiiiikes. I've never failed so badly at spelling in my life.

Yes, the similarity between German and Dutch becomes a disadvantage if you can't keep them apart in your mind. Although this may have to do with personal differences as well, the likelihood of this problem should decrease with increasing proficiency in the language you learned first. With a native language this is never a problem so long as you don't stop to use it for years.

This problem is also why it's generally not recommended to learn two very similar languages simultaneously.

I do stuff like that all the time! I've even looked in the j section of a dictionary when defining "yin and yang" at school. At first I was like, "Why the heck isn't it there?" I was ready to ask the teacher about it, too.

There were a lot of complaints at Wimbledon this year when the organisers forgot to close the roof of the centre court during a spot of rain resulting in the fact that a number of turtles who had just purchased a very expensive bowl of strawberries and cream were forced to eat them in the rain. The elephants however had the good sense to retire to the cover of the hospitality tent to swill their Beaujolais and camembert.

Why is it natte and not nat in this situation?

Most adjectives are 'inflected' by adding -e when they are used in front of a noun. Some adjectives such as gratis or houten are never inflected. The only general exception is that an adjective in front of a singular neuter gender noun with no definite article is not inflected.

What puzzles me is that we never learned about aardvarks (literally, "earth pigs").