Translation:It is neither fish nor meat.

Obviously I'm confused here. I typed "It is fish, not meat." I thought 'noch' needed to appear twice to achieve the neither/nor effect (i.e. 'Het is noch vis noch vlees.') Would my (wrong) English phrase translate to 'Het is vis, niet vlees?'

On similar lines- can the construction 'either-or' also be done the same way, without repeating the of?

In dutch it is pretty much the same as the English, "Either-or" is "Of...of." and just "or" is just "of" but since they have virtually the same meaning they are almost completely interchangeable.

Consider the difference between:

You can have fish or meat. (je kunt vis of vlees hebben)

And: You can either have fish or meat. (je kunt of vis of vlees hebben)

This time, however, I used 'neither...nor' even though my mind resisted. Instead of writing 'meat', my mean, ornery streak used 'flesh', and lo and behold (I'm always surprised when Duo accepts something that is reasonable), it passed!

Would "het is noch vis noch vlees" also be correct?

Yes it would, although it's used less often.

So what determines when you just need one and when you need both? I saw in other exercises that they have two "noch" 's in the sentence.

It's just personal preference I guess. It doesn't change the meaning.

Do we only need a comma when there are two noch's?

This is an idiomatic expression, which we still use in Afrikaans as well, except that we would use the other "noch" (Dit is nog vis nog vlees), and the closest English equivalent would be "It's neither fish nor fowl", although my old Chambers dictionary has "It's neither fish, flesh nor fowl."

My dutch room-mate is telling me the same thing. This is correct, but it would be more natural to say "het is niet vis noch vlees" in modern speaking, or some other way.

"It isn't fish nor meat": is this bad English?

It is a little unusual to say "nor" without "neither" like that, although you can sometimes use nor on its own. I would say "It is neither fish nor meat" or "It isn't fish or meat".

2.) You've used the contraction "isn't" before "nor". Using a paired not/nor or neither/nor creates a cadence and balance in the sentence--which you've just thrown off kilter with your contraction. "Neither/nor" also draws attention to the negation because you have to slow down--it's supposed to lend gravity to your sentence. Try saying aloud, "Not this nor that; neither young nor old; neither waking nor sleeping"--can you hear how you have to articulate the words more, how there's an almost irresistible hesitation in the middle of each phrase? If you've ever pushed a child on a little swing, you'll notice that there's a hesitation each time the swing reaches its peak, and that's what a "neither/nor", or "either/or" does. Back, and forth, and back, and forth.

Again, it's not bad, but you're missing the opportunity to use it well. The "isn't" swallows up the "not," so that only the "nor" gets emphasized. If you're going to use "not/nor" here, I'd suggest slowing down the beginning of your sentence to "It is not fish nor meat," so that you get the balance back. If you'd rather use a contraction, use "it's not" instead of "it isn't" so that the "not" is still preserved: "It's not fish nor meat." A lot of the meaning - the sense - of the pairing, comes from its rhythm. If you want to say, "It's not-" or "It isn't-" to start off, it balances better to end with "-fish or meat" because, like the contraction at the beginning, it takes away some of the emphasis from the negation.

Ayisha, you always give the best explanations, very erudite.

One comment though: I tend to use 'It's not' frequently and automatically. Unfortunately, many times it comes away sounding like "It snot", yet I rarely slur my words.

If this works the way it should, I'll be sending you a lingot.

Ha ha! That reminds me how my extended family uses the phrase, " 'sSnot nice; 'sSnasty" for "it's not nice; it's nasty." Words are fun ;) Thanks for the lingot!

Yes. It is understandable, but "nor" should be paired with "neither" instead of "not."

I remember my sixth grade English teacher telling the class not to use 'not...nor'. Sorry, I don't remember the specific reason. (Maybe something about it forming a double negative?)

On the other hand, I also remember an English professor in College stating that one should use 'not...nor' rather than 'not...or', but then, he also did not want anyone to use 'whether...or not', only 'whether'.

Just wondering...
How do you say mushroom in Dutch?

It's paddestoel (toadstool), but the French champignon has crept into use as well.

In Dutch champignon refers to a specific edible mushroom though.

By edibleushroom do you mean "edible mushroom"?

Indeed, the perks of using a mobile device... I've edited it now.

Anyway, since I'm making a new message, this is what is referred to as a champignon in Dutch: https://nl.wikipedia.org/wiki/Champignon

Champignon (NL) appears to be the one we call in English button mushroom. 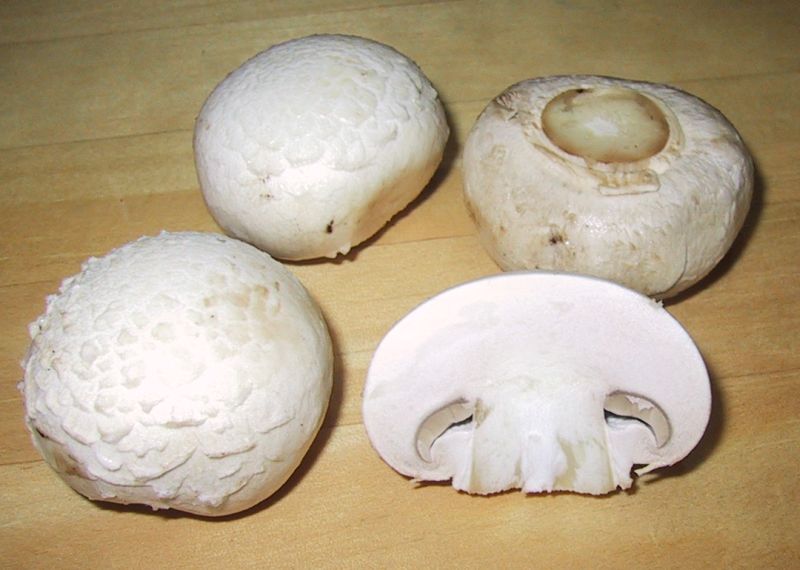 Thanks for the education!

In French we call that Champignon de Paris, maybe that's why the Dutch kept the french word champignon :)

In a sentence like this one 'geen' and 'niet' have the same meaning, but we might you them with a slightly different nuance. When it's about the word that's incorrect I would use 'niet' and when it's the matter, I would use 'geen'. Example:

The two sentences above would translate to:

Note: this is a linguistic approach. Normally nobody is aware of this, and nobody will consciously hear a difference, so you really can't make mistakes on this :)

Why not "It is neither fish nor flesh"? I believe that's what the corresponding English proverb says.

The expression is usually "neither fish nor fowl" :)

Or "It is neither fish nor fowl nor good red meat," though I think that expression may be antiquated.

Nor good red herring isn't it? Don't know why though. I may have to turn to Brewers.

You're right: it's "good red herring." I must've edited it in my head for logic (because "fish" would seem to cover "herring") but language isn't always about logic.

Aha! Apparently 'Neither fish, flesh nor good red herring' refers to the three classes of people in medieval England - the clergy ate fish, the well off ate meat and the poor ate salted fish. If you didn't fit any of those categories then you were a nothing, outside society completely. So I have learned something today. Does any native speaker know if the Dutch had/have a similar saying?

I'm pretty sure the literal translation of "vlees" is flesh... so your answer should be accepted.

it may be literal, but if the Dutch is an idiom, then the closest English idiom should be accepted; but if "het is vis noch vlees" is not an idiom, then fish is compared with / contrasted with" meat", rather than with "flesh".

In the literal rendering, what's the difference supposed to be between meat and flesh?

Meat is the flesh of an animal that you eat.

Flesh is generally used when referring to human flesh.

What distinction in modern Dutch is there between "nog" and "noch"? I understand that in a large part of the Netherlands "g" and "ch" are pronounced identically, and I believe they are etymologically the same, so do the Dutch actually think of these as two distinct words with different meanings?

Well, they are two distinct words with different meanings, so there is reason to think otherwise.

What if I say," Ik ga naar huis niet nog"? Is this wrong?

No, that word order does not work.

I keep thinking she is saying in English, "It is fish, not fleas."