Greetings! I'm glad you are here for Latin History Moment 4! Upvote if you liked this and want to, and downvote with what you think I can do better if you didn't! :) Hope you learn something!

Cincinnatus was born in 6th c. BCE, and died in 5th c. BCE. He became a consul and then a dictator. After serving for consul, he became a farmer again, back to his normal life.

In 460 BCE, messengers notified Cincinnatus that he had been named dictator in order to defend Rome against two Italian tribes, Aegui and Volscians (spellings can vary). He took up command and led the arms to return in 16 days after a victory. However, he refused the honors that came with the military victory. Legend says he did this a second time, but there is no foundation for this claim. 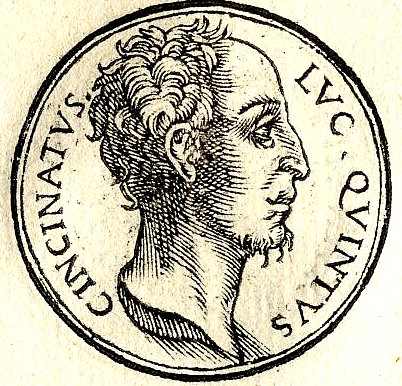 Thank you for commenting, I’m glad you liked it! :)

this is so cool! I love that ur doing this, I have to show my online teacher latin that i randomly saw during the week and this is what i'll be using lol. thx!