Wherever this 'geel paard' is, I want to see it

is it related to the golden goose?

this is about as yellow as horses get when they aren't photoshopped:

So does yellow encompass 'blonde' shades as it might in some languages (thus making this a real-world sentence, maybe referring to a palamino) or is it comedy nonsense like a purple horse? If the latter, it isn't very helpful as the former is possible and as beginners, we don't know!

Ridiculousness is not always OK from an educational point of view. The problem here is that we cannot know whether this is a silly sentence or an unremarkable one. We need to know whether this means Palamino or a daffodil-coloured plastic toy so that we know whether we would talk about having 'geel' hair for someone who is blonde or whether that would suggest you have dyed your hair to an unnatural shade. If it is a silly sentence and we have no way of knowing, it is misdirection rather than promoting learning. Silly sentences are fine once you have taught meaning, as long as they are transparent.

Thanks for your reply.

I am not a native English speaker, so I may be wrong. I think blond IS a yellowish color. The distinction is important, I know, but imagine a non-native speaker saying this, he will possibly be corrected, rather than confuse the whole conversation.

Well, let me make my suggestion (which have been implied at 2 3 of my post before) more clear: always try to believe what they try to teach you until a native speaker told it is not the case, or an alternative with equal acceptance exits. By "a native speaker", I mean whose mother tougue is exactly the dialect you are learning.

I introduced an example in Chinese to show that "not everything sounds weird according to language A is weired in language B". (You can definitely doubt this.)

So for me, also a learner of Dutch via DL, I will continue believing what it is trying to teach me here (since it is not an obviously silly sentence, just as you have mentioned) is a standard or at least an understandable expression until a native speaker makes a further clarification. Further, because it is not a 100% save expression, that is, by such a expression, what the speaker want to deliver may not be received EXACTLY by a native speaker. But I am aware that a quite similar issue occurs between UK-ENG and AME-ENG. It will raise another huge debate about mutual understanding between dialects, or even between individuals. I stop here since it is a debate on linguistics, or epistemology, but we are just learning another language.

So, could any native speaker can answer us whether "een geel paard" can be used to referring a palomino horse, or can only refer to a horse toy which is yellow?

[Edit:] I have just realized that palomino is just the same as 驃, hurray!

My native language is English, and I can tell you that to call a palomino horse yellow is very common, and are hardly ever called blond, unless they are very light shades of palomino. But there are types of horses that are referred to as blond or cremello (cream-colored, usually Akhal Tekes). Sometimes even very light chesnut horses are called yellow, or flaxen. You can look up these horses/colors of horses if you are not familiar with them.

Until you know more about yellow vs blond in Dutch, do not feel silly calling a palomino horse a "geel paard". It's not ridiculous to do so.

Well, if it is any help I can tell you that we used to refer to our Palomino as "the yellow one". As in "Are you going to ride only the white one today, or will you take out the yellow one as well?". Admittedly, this was a bit of a running-gag, because obviously these were well-loved and cared-for animals with proper names. But I know a lot of people with more than one horse who do the same.

So I suppose the same happens in the Netherlands.

"Yellow horse" is at least so real in English that it is used in a serious manner in a translation of a quite famous work of literature: Alexandre Dumas, The Three Musketeers.

I found this, in which there is a picture shows as below: 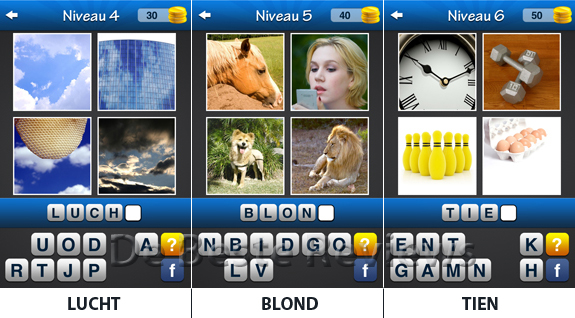 It has been rolling around in a field with dandylions!

One day I might understand how the adjective inflects in "een [adjective] [noun]"... but it is not this day. :(

The rule itself is actually really easy! And that's coming from a native English speaker.

Whenever you learn a new vocabulary word, always learn it paired with its definite article. e.g. learn brood as het brood, and learn jas as de jas, as you would do in Spanish and many other languages with gendered nouns.

Simply put, always the -e form unless your adjective is describing a single, indefinite, neuter noun.

And it should go without saying that predicate adjectives are always without an -e:

What is the difference between geel and gele? ?

The Dutch team has done a good (at least for me) tip on adjectives. The most tricky part (geen, elk, etc.) is not that hard. You will definitely grasp it today. :)