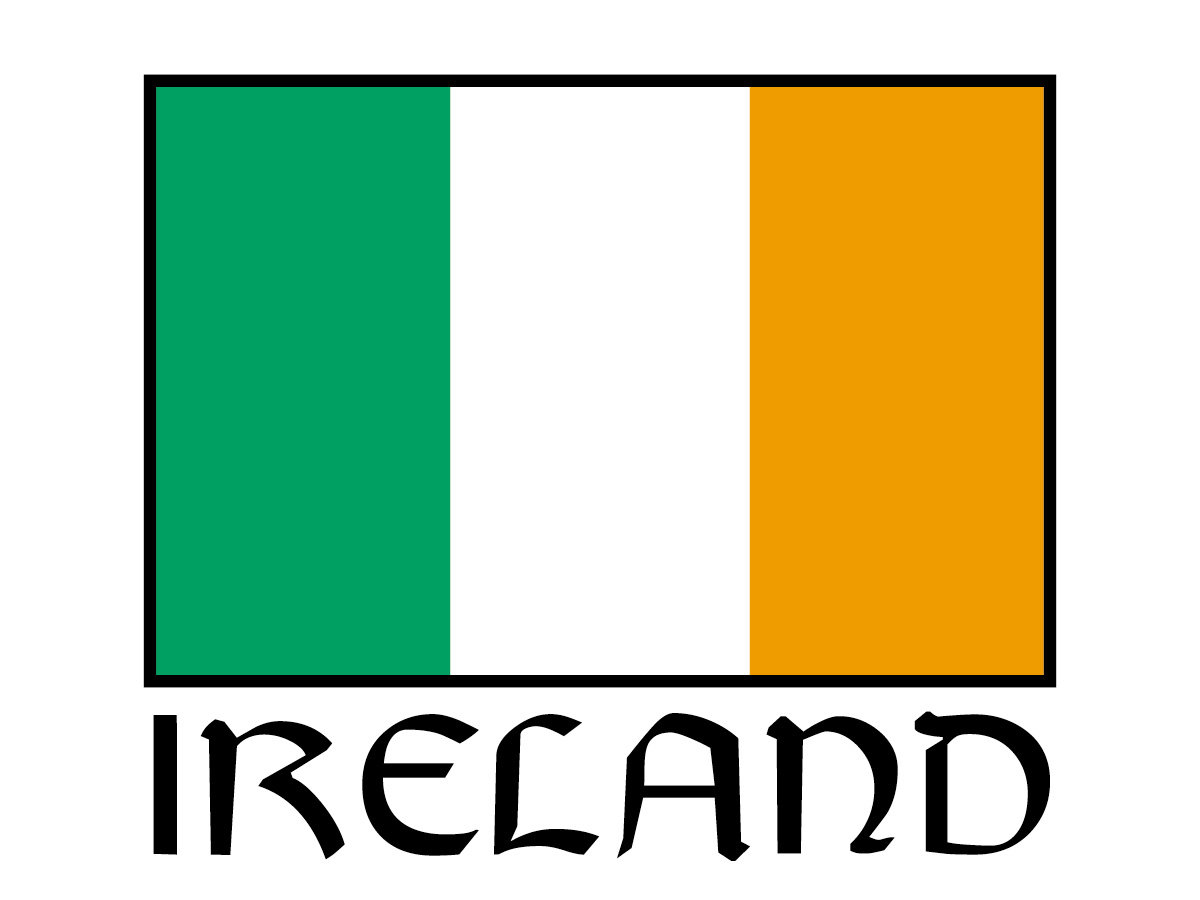 Very nice. I've a huge one hanging up on my wall. But "Éire" would be more appropriate.

†Eight hours before me, to be precise!

Glas can mean grey when referring to animals and materials.

Yes, I know my little friend in the back yard is iora glas but I don't get the logic of the word meaning grey sometimes and green at others.

Glas refers to the whole of the colour spectrum that English divides between green and grey. It means "Grey and green", i.e. it is always referring to both these colours. Just as English refers to the objectively distinct colours of wine and blood with the single word 'red'.

Similarly 'Donn' in Irish includes brown and burnt oranges. It is best not to think of colour terms as translating English words, but as different partitions of the colour spectrum.

Hungarian does have two words for the distinct reds you mention, "vörös" and "piros"

It's interesting to see how different languages and cultures handle color and stuff.

English has an infrequently used word, "glaucous", to describe greeny-greyish-bluish colours...you know...the kind you find on impromptu "science experiments" in containers left for too long in the refrigerator.

That surprises me a little! Just because, on so many days, almost all you can see is gray and green.

Irish has a lot of colour words that don't translate into English - and it has different words for the same colours contingent upon whether the colour is natural or unnatural. So, two words for green - one referring to eyes, or grass, or sky, the other one referring to coats, or boxes, or cars.

For now I'm sticking with 'glas', because people will understand it. But as I get more confident and competent I'm going to take some time to study the more subtle side of colloquialisms etc.

To my knowledge you can use liath for grey?

The Emerald Isle.. 40 shades of green

Glas and also gorm can mean "the natural colour appertaining to a thing"; I assume that glas is cognate with glaucous, or grey-green, the colour of eyes that Julius Caesar's family had, which led to them being known as the Glauci.

It's not cognate with glaucous believe it or not. Glaucous is derived from a term for a type of fish in Homeric Greek, which is reconstructed to derive from an otherwise absent Indo-European root, in fact some scholars think it isn't Indo-European at all.

Irish "glas" is from Proto-Celtic glastos, which comes from a separate Indo-European root (exactly which root is contested, but none are like the root for glaucous).

What do you mean by:

I've never heard them with that meaning, are you referring to uaithne being used for artificial greens?

Very interesting! What did glastos mean?

The thing about glas and gorm both being "the natural colour of a thing" - can't remember where I found it, but I've spent a lot of time roaming around the mid-19th to early 20th century lately, so it was probably there somewhere.

Glas or Gorm have never had that meaning (the only other meaning for glas is chilly/cold), even in Classical Irish. The source you saw was probably incorrect.

The variety of orange on the flag can be known as flannbhuí, which suggests a shade of yellow??-buí?

I believe flann is like blood-red. Basically red and yellow mixed.

Does this example suggest that Irish systemically does not use the equivalent of Oxford commas, or merely that they were not used here?

The Irish do not use the Oxford comma. It is used only to distinguish sense:

Shouldn't it be 'Glas, bán agus flannbhuí'? I think that's the official description of the flag.

That's about the only place that you'll see flannbhuí written, and very few people have read Bunreacht na hÉireann as Gaeilge.

Dineen, for example, didn't have an entry for flannbhuí and lists "orange" under órdha, which is also "golden".

Since you seem to know so much, I've been wondering what the pronunciations would be for "mh" and "bh" when they're part of two mashed together Irish words. (I'm speaking, of course, of the change dependant on vowel construction, and not the exclusive "v" sound in some dialects.)

The only words that I can think of that would "mash together" mh and bh are words that use the prefix comh, such as comhbhrón or comhbhuainteoir

As the mh in comh is silent, the pronunciation of bh is unaffected, and is variously "w" or "v" depending on dialect and other circumstances.

I re-read my comment and realize that I didn't make myself completely clear. I mean specifically words like flannbhuí or Lámhfhada. (When I was reading about Lugh Lámhfhada is when I realized I had no idea what the rule would be.)

Edit: since I can't reply to your answer I'll do it here. Thank you. You're a huge help. Have a lingot and an upvote.

The pronunciation of each part of a compound word isn't directly affected by the other word - you pronounce each part as though the word wasn't a compound. The way that stress is applied to the compound word might be a bit different, and in real life, you might sometimes get some interaction between certain sounds due to the mechanics of speech, or a particular speakers habits, but the constituent parts of a compound word are still recognizable as individual words.

I've heard people comment that you wouldn't use oraiste for orange in this context, it's more for the fruit. Could this sentence be translated as "green, white, and an orange."