Wait, why is it grørnne if strawberry is singular? Why not grøn?

I had the exact same question. Does anyone know?

Because when we're talking about a specific object, the plural form is used.

However, if we were to generally talk about a white dog, we would use the singular form:

The Danish course is obsessed with exotic strawberries... 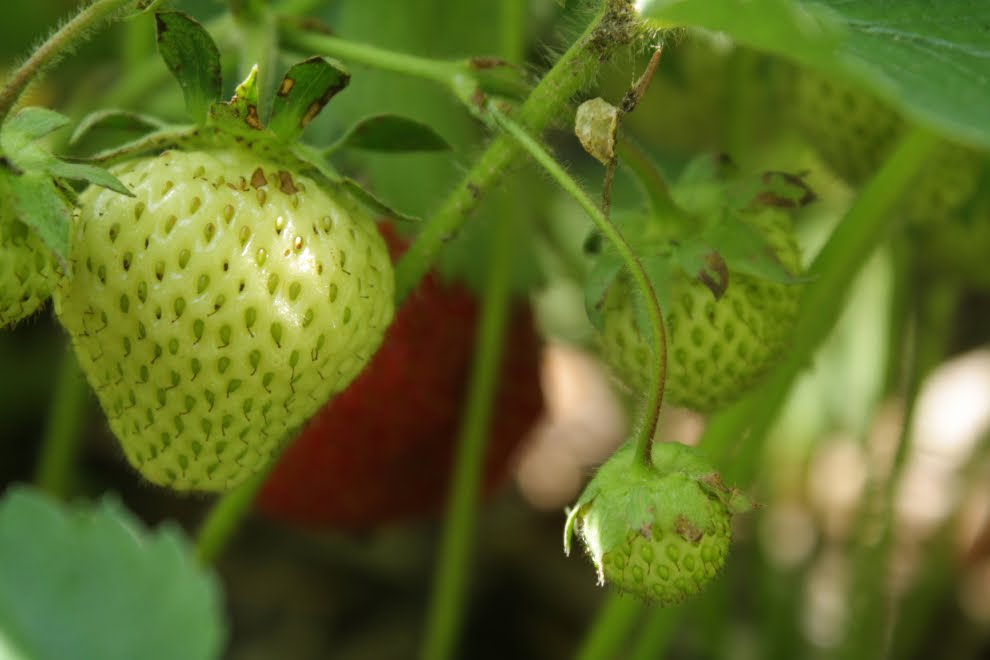 Lesson 3 from Danish in 3 months (£3 second hand from Amazon!) The basic form of a Danish adjective (as you will find in a dictionary) is used unchanged in connection with nouns of common gender, singular, in their 'indefinite' form ('a') En sød kage: A sweet cake. En god kvinde: A good woman.

When adjectives are used to describe a singular neuter noun they usually require the addition of a t: Et sødt smil: A sweet smile. Et godt hjerte: A good heart.

If you want to say 'the red one, the big ones' you simply use the appropriate form of den, det or de followed by the adjective ending in e: Den røde, de store

'grønne jordbæret' is not a valid sentence as it would roughly translate to 'green/s the strawberry/ies'.

When we talk about a specific object that has an attribute (the green strawberry),
the en/et (jordbæret) part at the end of the object is replaced by Den/Det/De at the beginning of the sentence.

Oops, I deleted my comment because I thought I was wrong and I couldn't read yours.

Thank you very much :)

Thank you - very helpful. Now we just need DL to let us see the link to this page (I'm using the app) - so we can bookmark it!

They sound very similar, but to my ear 'det' sounds more like "deh" whereas 'de' is like "dee." Also, think about which one is actually plausible to use in the sentence. Correct me if I'm wrong, but "De grønne jordbær" doesn't really make sense. I've mostly only seen 'de' used as "they", even though it appears to also have an alternate translation of "the".

So we translate "The green strawberries" to "De grønne jordbær", right?