And now i can speak with the deer

See even the deer can do it!

Why not, "Tá Gaeilge ag an fia"? "Labhraíonn an fia Gaeilge" makes it sound like they're describing an action rather than ability, like the full sentence was supposed to be "The deer speaks Irish with the fish, and she speaks Spanish with the birds."

I agree. I wish Duo would highlight this distinction. 'Labhraíonn an fia Gaeilge,' on its own, seems like an unfinished sentence. Or it implies the deer simply parrots irish words but doesnt actually speak the language.. which would still be impressive!

Or it could mean the deer does it habitually. But, yes, I wish DL would make that distinction; it's really an important one, especially since the tá x ag y structure can be used to express other abilities too (tá ceol agam - I'm musical/have musical ability)

That's true. "Tá Gaeilge ag an fia" makes it feel like the language is within him, a part of him. "Tá sé ina chroi"

It's an idiomatic way of saying the same thing. It is like saying " the deer has Irish" which in Hiberno-English means he knows it, therefore can speak it. If people want to know if you speak Irish they can ask "An bhfuil Gaeilge agat?"

An bhfuil Gaeilge agat? is asking "Can you speak Irish?" - do you have the skill of speaking Irish?

My response was "Tá Gaeilge ag an bhfia" as well. Duo accepted that as correct.

I think it's Duolingo's methods of teaching. It's so we can practice what we already know so far.

Those asking this question must have more exposure to Gaeilge. How would I know this other way to say it!??

It's a gradient process. I'm learning the details after the basics...

Im starting to think in Irish, so it must be working.

In Irish legends and fairytales there's lots of people turned into various animals. So maybe it's not a deer at all?

This deer is smarter than I am!

That must be one smart deer.

I don't think it's the deer that's drinking.

But how is the deer doing with the spelling?

This is one of those stories where you chase the deer to a remote part of the forest and just before you give the fatal blow, the deer speaks the location of the treasure. Right?

omg Now I can talk with Mr. Deer

This is groundbreaking, the deer should go tell its story on Ellen

Someone is taking the michael !! or is the computer just bringing together nouns and verbs brainlessly

Because deers can speak Irish!

When the trees start speaking Vietnamese is also a good one

This supports my theory that going into the fridge is like an Antarctic Narnia, because they have speaking animals there...

C. S. Lewis was Irish, maybe he knew something.

He was from belfast. Born around the corner from my house!

wait why can't i say "labhraíonn an fia as gaeilge" whats wrong with that sentence i've been using it for years??

I gave the same answer as you. The construction 'as Gaeilge' is buried deep in my past!

I actually use "Labhrann" which I learnt years ago and continue to use when I speak Irish.

I said, is Gaeilgeoir an fia? Is that not right?

Not exactly. It could be true but he might be an English-speaking deer who knows Irish too! :-)

I wrote "Tá Gaeilge ag an fia" and got it wrong, but doesn't that also mean that the deer speaks Irish? I thought that what I wrote means he has the capability to speak Irish. The 'correct answer' is "Labhraíonn an fia Geailge" which means he is speaking Irish right now. Both of these sentences could be translated to "The deer speaks Irish" so shouldn't both my answer and the 'right' one be correct or is there something I misunderstood?

So a deer can speak irish but I can't?!

Now you know the way. Just keep it. Be a deer, grow horns.

I know that to speak is also "labhrann sé" , "labhraim Gaeilge" etc. Why has Duo chosen this form of the verb?

labhrann is considered a variant present tense form of labhair. Duolingo teaches the most widely used standard form of the verb.

I lost one heart just because I missed the second letter "a" in the word speak -- labhraionn. C'mon. That's so mean. Irish spellings are so hard, don't make sense.

It would be mean to let you think that spelling doesn't matter. Irish spelling is generally easier than English spelling, because it follows certain predictable rules.

The vowel before the bhr in labhraíonn is broad, so you can't have slender vowel (e, é, i, í) after it.

This is such a basic aspect of Irish spelling that it is explained in the Tips & Notes for the 2nd skill in the Irish Tree, Basics 2. 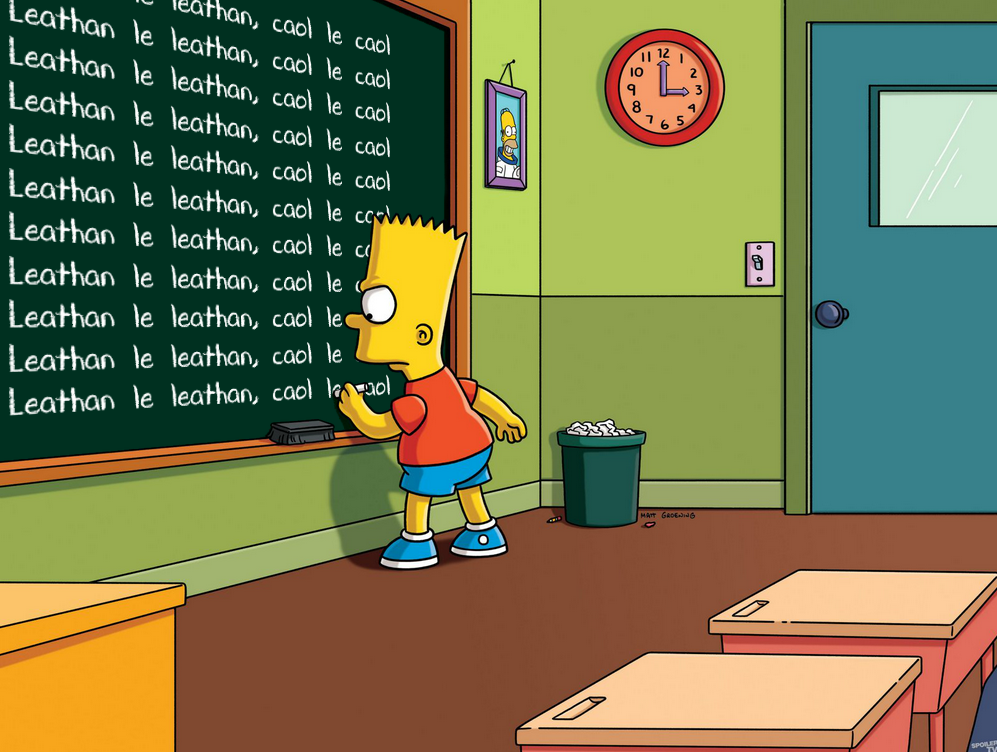 The deer is doing better than me