Translation:He waits on the balcony.

I said porch which was accepted on another answer but was marked wrong here. :-(

I cannot vouch for the accuracy of this site (or any others really) which seems to define the Brazilian differences:

But if so then the differences in BR and EU PT are numerous.

A "varanda" in Portugal is attached to the home and can be any level including ground level but not part of the ground (though there can be a gate and stairs (if needed) to the ground/yard: 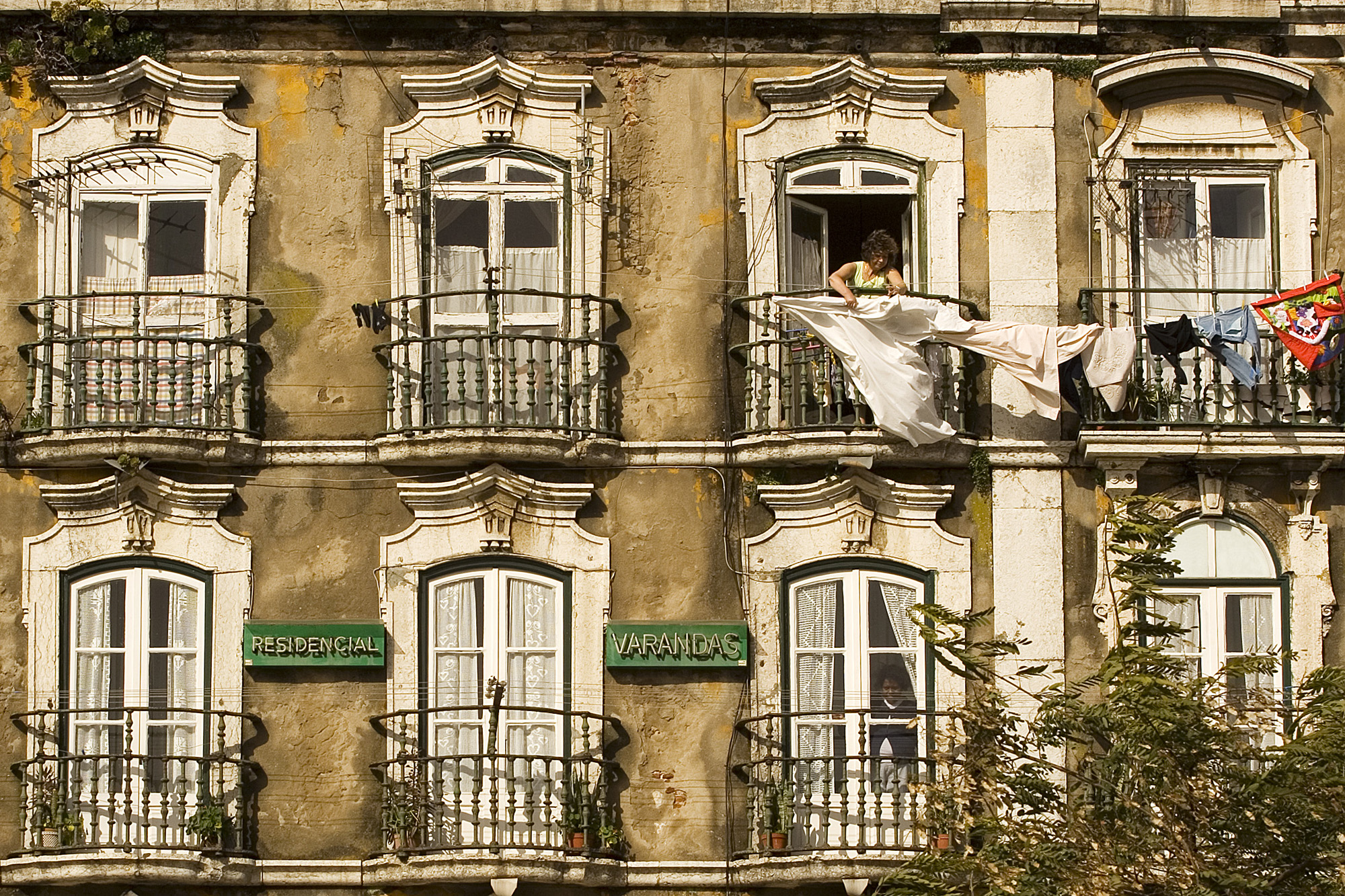 Varandas do not have to be covered but are enclosed by some sort of fencing.

What in Brazil is called a "sacada" is more like the varandas in Portugal – though I have not yet seen any that big or luxurious which are more like what would be called a terraço in Portugal and which does not have to be the top floor, as it states in the article linked above (notice the varandas above the terraço shown below).

This is in keeping with the English meaning of "terrace":

And in some cases what might also be called, "deck" in some areas in English (and also "esplanada" in Portugal at least when part of a business).

Portugal is the land of the Varanda!

A house in Portugal with many varandas and a terraço at the bottom (though the one in front at the top might also get called a terraço): Language is so complicated! =}

Why is porch not accepted when it appears in the hints as a valid translation for sacada???

What about "he waits in the balcony?"

I'm with you! I'm here for my Portuguese to be corrected not my English -.-

The best way to learn a language is to mesh it with your own. If you do not know how the "new" grammar fits in with the "old" grammar, it is extremely difficult to guess correctly with new sentences. Use this as a learning experience to help you learn more about preposition grammar.

this sounds a little strange in English...that would almost imply he was inside of it, so we just say "on"

There are two types of balconies. The platform kind that you stand on and the gallery kind where you sit to watch a play or movie. If I buy a ticket for balcony seats in a theater, I am in the balcony (Literally).

"Camarote" (cabin) seems to be more fitting for "box seats" which are more luxury than just "balcony seats" (which can go up many levels even and get quite cheap). However, I have seen one theater map that shows "camarote" as general seating around and above the floor seating.

Other than, "varanda do teatro" what comes up for me most often for theater/re (or seats) with "balcony" is "balção" but that by itself is "counter" which is quite different.

Maybe it is a European Portuguese thing (though the first image is Brazilian): So it is interesting this translation is so hard to find online.

In any case, "varanda" for general balcony seems to dominate in Portugal, and in English for a theater balcony we wait, "in" rather than "on" (as we would for an outside balcony).

hmm, I never thought about that...thanks for the input! :) btw, I wasn't trying to assume you didn't speak English, I was just trying to help

This to me sounds like he is inside of the balcony. Luke maybe he was murdered and his body was hidden in between the beams. However, the 'he' could be a rat or something.

Does the sentence mean that he's physically located on the balcony or that he's just located near it?

He is on the balcony

So is "He waits on the balcony" a correct answer?

That's what I put, but it was marked wrong. I reported it.

me too, that's 2 days without updating the correct answer

Is it wrong if we use AT instead ON ?