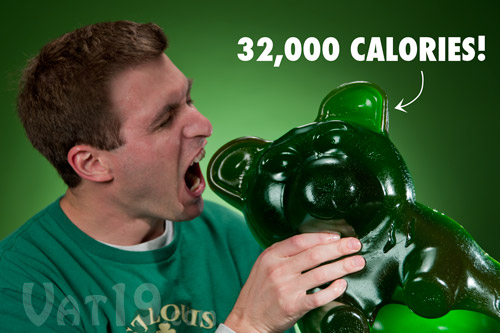 But the bear was a citizen

He shouldn't steal those wheels.

Sometimes you eat the bear and sometimes the bear eats you. That's Life.

Is this where the work "folks" comes from?

couldn't "folket" be the people like "the Danish people" and then it would be eats?

If so, it could be either eat or eats, depending on your English dialect, as "the people" would be a collective noun.

Many dialects (including most British English) treat collective nouns as plural objects in this context, so eat is the correct word to use.

Other dialects (including most American English) treat collective nouns as singular objects, so in these dialects it would be correct to use eats.

Wikipedia has an explanation https://en.m.wikipedia.org/wiki/Collective_noun#Agreement_in_different_forms_of_English.

As an American, I would never say 'the people eats'. The people eat. It would probably depend on the context of the word we're talking about. The group eats. The members of the group eat.

Seem like they are not the modern people :v

is this another mistake of writing bjørn instead of børn?

Lol these comments are hilarious

The bear swims, eats, steals, becomes a citizen and then gets eaten! Who writes these sentences!?

for me, at this point so far, "de Dansk DL bjørne" are more human and more intellingent than some "folk" I know, so this is cannibalism!!!!

Reminds me of fire emblem awakening

Can you not say folk for folk?

These sentences creep me out

Is the audio correct? I appear to hear one N too many, 'bjørnenen'

Yet another ‘wrong’ answer according to Duolingo. As a native English speaker and given that Danish present tenses translate as continuous, if I write “the people are eating the bear” I do not expect it to be marked wrong, presumably by a non-native English speaker. It isn’t and it is annoying to be told that the ‘right’ answer is “the people eat the bear”. It takes all the pleasure out of using Duolingo.

And thus ends the tale of Bear.