Why is "på"so many words? It gets confusing.

That is just how it is. If you're confused, it's because you're looking for a system and not finding one. But prepositions are like that. There's not really any satisfactory explanation, because nobody sat down and devised the language. It just happens that Swedes find many good uses for på. The only vaguely helpful thing I can say is to just think of it as the English word on, and accept that the Swedes prefer to say "on the school" rather than "at school".

In this case Duo accepts/suggests the translation "during workdays" which frankly comes across as a slightly unnatural to me. I'd say that "on workdays" sounds much more natural in English, and then it's actually the same preposition as we'd use in English (på = on). I'm sure that's what I wrote and was also accepted.

"They work on workdays." is also accepted as correct by Duolingo. They may have wanted us to know that even if we used "during" in English that it would still be "på" in Swedish.

That translation is no longer accepted.

It is accepted, but your error report says "the work on workdays". You need "they", not "the".

Prepositions are hard in all languages because they're very idiosyncratic. Languages with cases are usually harder for the same reason, so with Swedish we're kind of lucky (-:

Yes. As a native English speaker I find the course's default translation "workdays" quite odd. Chambers Dictionary says workday can mean weekday, but it's very unusual. I wasn't even positive it was a real English word until I looked it up.

A weekday is any day of the week except for Saturday or Sunday. A workday is any day that you regularly work, for some people in Norway that includes Saturday and this does not include weekdays which have been designated as holidays.

As for "workday" being unusual, I suspect it's dialectical; in America, "workday" is in common usage, and is distinct from "weekday".

Nej, tack. I'm in California. Weekday versus weekend is common.

Workday is uncommon unless the discussion is actively centered around work.

The first page of Google search results only showed business names for "workday," businesses regarding staffing.

No, that's the definite form.

Both de and dem are pronounced dom.

What is wrong with "They work on business days"?

That's a tautology - even in Swedish

Probably for comedic effect, among other things.

I might be confused, but I think I saw this being used as "everyday", was I mistaken?

You're probably thinking of vardaglig. The concepts are pretty closely related.

You can, if the rest of your answer is correct.

dem also means them I just wrote that and my computer said it was wrong.

Them work would not be grammatical in English; It could only be They work. The objective case is them and this sentence isn't using an object.

Why "they work IN the working days" is uncorrrect?

Prepositions have a habit of confusing. I would not use in. I would use on with days of the week.
http://www.onestopenglish.com/grammar/grammar-reference/nouns-and-phrases/prepositions-of-time-and-place-article/152825.article 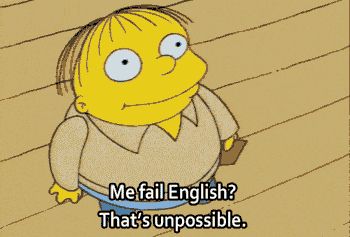 As a non native english speaker I'm having sooo much trouble understanding the particles. I mean, I know the theory and why and how. It's just not natural for me to use them at all. Lately I got it in Swedish, but now I have more troubles in English. And in tasks like this I forget to write them. Does anyone have any idea how to get on the bottom of this for those whose native language has cases(forms) and to be more specific, slavic origins. It's making me crazy.

I speak English natively, and may be able to help, but need a bit more of an idea of what you're looking for

At this moment I feel like the word "på" has superpowers. It changes its meaning whenever it wishes. Such magnificent powers.

Either spelling works, though the latter is more common. If the former isn't accepted, it should be reported and added.

This may just be me, but as a native English speaker, 'during' in the English translation for this feels odd and out of place. At least in standard American English, 'on' is much more common here (and also arguably closer to how 'på' gets used in a number of other contexts in Swedish).

We do accept "on", "at", and nothing at all. I'm honestly not sure what I think should be the default. :)

Would it be correct if i wrote they work on workdays?

is workdays used the same way weekdays is

Work on, not through, workdays

We do indeed not accept "through" here.

Workdays is not used this way in the US. The most common translation is weekday.

I live in New Hampshire and disagree.