Translation:The cook has cheese on the plate.

94 Comments
This discussion is locked.

The cook has "THE" cheese on the plate, should be 100% right since it says "IL formaggio"

No. Different languages have different grammars and say things differently. The answer is not wrong just because it's not a word-for-word swap.

It would be nice if duo was consistant

They should have put two (the) in the options below

No. English never uses "the" for things in general (cheese) only for specific things. Italian, on the other hand can, and does, use "the/il" when talking about things in general. Duolingo never explained this.

I think Buthaina1986 is referring to the two "the" already in the English sentence, that may not have appeared in their word-bank, not to the third   "the" that exists before formaggio.

The cook has cheese on the plate.

You are of course making an important point regrading the extra use of definite articles in Italian compared to English.

Users who wish to read more about it, may find the next couple of links to forum posts useful:

How would one know that it's on the plate, as opposed to on a plate?

Because "nel" corresponds to a definite article.

November 2019. This Italian part of Duolingo has been such a great experience for me, in general. However, I am confused about this. I wrote, "The cook has the cheese on the plate." The checker said that was incorrect. It should be, "The cook has cheese on the plate." How are we to know that there is not a specific cheese on the plate when translating? This is asking us to read minds, especially because in the lesson information it says you it is more important to use articles in Italian. I think it would be more fair if Duolingo accepted either translation. Thanks!

Agreed, without proper context this should have been a correct translation

The translation of "nel" is given as "in the", but in the translated sentence it appears as "on the".

Many Italian pronouns (such as 'per', 'a', etc) can correlate to multiple pronouns in English. It is my understanding in this case that they may consider food to be "in" a plate, whereas an English speaker would consider it to be "on" the plate. Although the literal translation might be "in," the appropriate meaning in English would be "on." On a related note: in Italy, plates on which saucy foods are served are often high-walled and might even be considered bowls - perhaps this is where the confusion comes from?

In Latin, which Italian comes from, there is only one word "in" which means in/on, or into/onto if used in a different grammatical case. (In case you were curious, in/on uses ablative, into/onto uses accusative.)

I would assume that "on" is a French or German adaptation of the Latin word "in", which would mean that Italian never acquired a different word for "On top of". I can sort of see this with Latin "ad" (to), which can also mean "near" or "towards", and with certain verbs "in front of/before", where I would expect the dative or accusative.

Latin is fun. Italian is fun too. I'd recommend learning Latin after Italian, you'd learn a lot about grammar. More than any English class has taught me.

I learned English in Latin class, the intricacies anyway!

My crockery knowledge is not perfect but I would say 'dish' would be a more accurate description, in this case, as this incudes the rimmed bowl as well as the flatter unrimmed 'plate'. Personally, if I see the food is more than halfway below the level of the rim of the 'dish' then I would say that's in rather than on.

Careful, those things that you are talking about are prepositions, not .

(Pronouns are the words that replace a noun. he, she, it, him, her, me, you etc are pronouns.)

Wouldn't accept 'the cook has the cheese on the plate', even though the (admittedly ambiguous) definite article was present in the Italian, and could be referring to specific cheese. If it weren't there then both definite articles would be wrong, but it is there and can translate. Course needs editing for certain!

Aside from not being a literal word for word translation, is there some reason "The cook has a plate of cheese" is considered incorrect?

Literally, yes, but usage differs between the two languages.

Why is cheese definite here? I don't quite grasp when to make something definite and when not to. In English, it's just "cheese", but it Italian, it's "the cheese."

It would appear that Italians like to use definite articles more than the English (the Germans do, too). I suspect it's to aid in alleviating any possible confusion on plural/singular nouns (that and it just flows well in Italian).

I agree with philster; through my Italian university courses we use articles a lot more in Italian than English.

In this case, it's framed as "in" the plate in Italian because it's considered a vessel that contains things.

I am learning this language...can someone tell me the what would with using "sul" instead of "nel" especially in the context of the sentence above. With my small knowledge of the language so far, "sul" translates as "on the" while "nel" translates as "in the" shade some light please.

Much appreciated. Thanks very much. Am clear now.

The correct answer according to this exercise is The cook has the cheese on his plate. The problem is "his" is not one of the words to choose.

Most of the sentences accept more than one answer, and the official answer at the top of this page is "The cook has cheese on the plate."

There is only one the in the choice

That is because Italian uses definite articles (il/the) when they mean things (formaggio) in general while English does not.

There should be one more "THE". Every time my translation is wrong, but how can be correct if there is missing a word... :(

What is "il cuoco" that it's the same that "a chef" it doesn't have a lot of sense.

Yes, "il cuoco" is chef i had the same doubt

Why does it not accept "The cook has a plate with cheese on it"?

Nel means on or on the?

"nel" is literally "in + il" where the Italian word "in" happens to roughly translate to the English word "in". But Italian in this context uses "in" where English uses "on".

How can I tell if it means 'cheese is on the plate' or 'cheese is in the dish' - as in 'the meal contains cheese'? Also, is it always the masculine form 'il cuoco', even if it is a woman, or la cuoca'?

"to be in the dish" meaning "the meal contains the ingredient" is an English idiom. I would not assume that it's framed the same way in Italian.

Il cuoco ha il formaggio nel piatto. = The cook has THE cheese on the plate

regardless, if you were referring to specific cheese (the cheese) you'd surely use the exact same phrase. It might not translate directly all the time but i'm certain it's a correct use and shouldn't be marked otherwise, especially when the definite article is translated directly elsewhere in the course. If the definite article weren't there, granted it'd be incorrect. It is, so while it's not necessary, I'm certain it's still acceptable

Google translate gives "sul" instead of "nel". What is the difference?

One is a literal word-swap, the other is actual usage.

Never trust machine translation. Language is far too subtle and nuanced for that.

I love how I got a choice of 3 answers to translate "The cook has cheese on the plate" earlier in the practice lesson and the correct answer was "Il cuoco ha formaggio nel piato." This time however, when having to type out the Italian, I put the same thing and was marked wrong for not putting "il formaggio"

It's more likely that you had some other error somewhere. From now on, please share the full exact text of your answer so we can help you see the real reason it marked you wrong.

There is neither "his" nor "hers" in this sentence:
The cook has cheese on the plate.
Il cuoco ha il formaggio nel piatto.

However, in Italian (as well as French and all the other Romance languages), the possessive is just like any other adjective and must agree with the noun it modifies, not with whose noun it is.

No one here can do anything about technical glitches. Next time something like that happens, take a screenshot and file a bug report.
https://support.duolingo.com/hc/en-us/articles/204728264-How-do-I-report-a-bug-

Why not the cheese?

What was the rest of your answer?

there is no 'THE' amongst the words

only one "the" was available to choose for english translation...I believe there should have been 2 since it was il formaggio as well as nel piatto

Your short some the's...this Italian program is a bit lacking

You cant put food in a plate

The literal translation of prepositions in different languages does not always match the proper way one uses them in all cases.

We think of food as "on the plate" while Italians think (when thinking in Italian) of it as being "in the plate". So while the literal translation of nel is indeed "in the", one would still translate the sentence as "on the plate" simply because that is the proper preposition in English.

Italians conceptualize the plate to "contain" food, hence they use nel.
Though, for the Italian word for "tray" (vassoio)
you would translate "on the" literally: sul.
Also, if you see many traditional Italian plates,
they are not as flat as the common American plate.

This issue with prepositions differing, is not unique to Italian versus English. Try Hebrew or Arabic compared to English.

᛫ "Meet you on Monday, in Washington, at the corner of Independence and 3ʳᵈ Street."

All of the italicized prepositions above, will be translated in this specific sentence as bè (hebrew 'ב'. Or as Fì in Arabic 'في'.), even though they all have corresponding prepositions that are used the same as in English in other cases.

The literal Italian translation of "on the", is sul.

Autocorrect :') did me dirty

The è is mispronounced. It should be a long Ā, not an ee.

'Lo' (as a definite article) should not be used with "formaggio".
However, 'Lo' is also a clitic pronoun.
For example, you may have seen "Mangio il formaggio" (I eat the cheese) rephrased as "Lo mangio" (I eat it).

The rules for choice of definite article: 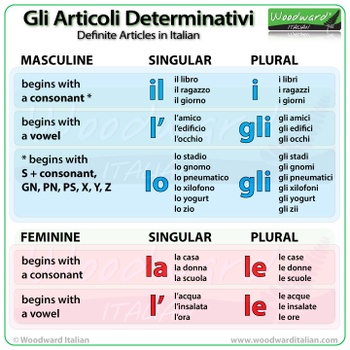