I AM THE MAN? I MUST BE GREAT!

I am batman to!

Too -
1. in addition; also; furthermore; moreover: young, clever, and rich too
2. to an excessive extent or degree; beyond what is desirable, fitting, or right: too sick to travel.
3. more, as specified, than should be: too near the fire
4. (used as an affirmative to contradict a negative statement): I am too!
5. extremely; very: She wasn't too pleased with his behavior.
Two -
a cardinal number represented by the digit 2.
To -
1. used to indicate the destination of the subject or object of an action, or its direction (towards): he climbed to the top
2. used to mark the indirect object of a verb in a sentence: telling stories to children
3. used to mark the infinitive of a verb: he wanted to go
4. as far as: until working from Monday to Friday
5. used to indicate equality: 16 ounces to the pound
6. against; upon: onto put your ear to the wall
7. before the hour of: five minutes to four
8. accompanied by: dancing to loud music
9. as compared with, as against: the score was eight to three
10. used to indicate a resulting condition: he tore her dress to shreds; they starved to death.

Usually, I would have assumed it to be an honest typo, and not bother correcting you.
But, this being Duolingo, and you appearing to be in the middle of an English course...

io sono l'uomo is I am the man. Is referred to some specific man, determined one. (for ex. "I am the man who phoned today"). Referred to a particular action or situation happenede. I am A man is undefinte, u specific you are a man in general.

nope, you translate it as "(io) sono un uomo" (for as far as I remember)

No, in italia is io sono UN uomo

A strange voice is calling you on the telephone. "Who is this feminine voice?" - you ask. "Feminine? I AM A MAN!" could be the right contest (always missing, but without contest, ALL COULD BE POSSIBLE dl !!!!)

You probably meant to write context, rather than contest.

Context - the parts of a written or spoken statement that precede or follow a specific word or passage, usually influencing its meaning or effect.

Contest - a race, conflict, or other competition between rivals, as for a prize.

Kinda guessing here but wouldn't it just be "(Io) sono uomo" for "I am a man"?

would it be "io sono un uomo"? becasue "un" means a

@AnoOtouto: this doesn't work at all for French. You can't say "je suis homme", you have to say "je suis un homme".

Yeah but "Io sono uomo" would also be correct. "Sono uomo" sounds the most casual. This also works is Spanish and French, not sure about Portuguese. I might not be 100% correct but I'm pretty sure.

Works in portuguese too. Trust me. I am a native speaker.

Yes, but it's different to say "eu sou um homem" e "eu sou homem". I believe the same happens with French and Italian.

Hey buddy are you sure about that:,

If you say "sono uomo" you have to understand that I have all the qualities that distinguish a man from who/which is not a man, "sono un uomo" means that I am not a boy or a woman. "Sono l'uomo" is a limping, DL, sentence, that should be followed with something else, as Pberg70 rightly says. WAKE UP, DL!!!

No because "uno" means "one." The masculine definite article in italian is "un" and "una" for feminine. 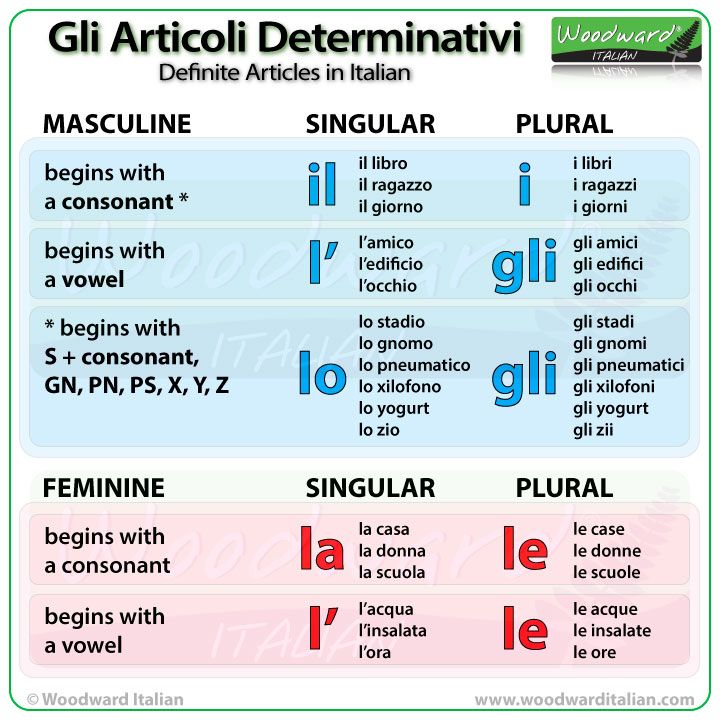 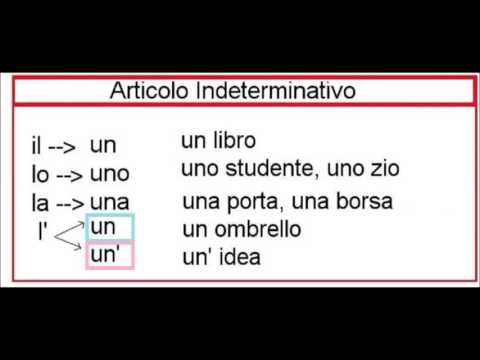 thanks KaylaSport. I was confused. now it is clear to me. thanks again

I don't know if I just missed something or or, but what is the point of "Io" in the beginning? If it just means "I" but Sono means "I am." In the other sentences saying "i am a boy" or "i am a girl", it was just "Sono una ragazza", not "Io sono una ragazza"

There are various exercises, some with the subject pronoun (io sono una ragazza, tu sei una donna...) and others without (sono una ragazza, sei una donna...) The reason you see both types is because we want you to understand that both are acceptable, that's all :) Think of it like this: in English you can use contractions (can't, don't, won't) but they aren't mandatory.

i'm confused not so much by the literall translation but by the meaning, how would you differentiate i'm a girl and i'm the girl? if i ask you are you a man? how would you answer in italian? does the contraction of le mean the and "a" both?

Thank you for the guide. I am new to italian so right now I know barely anything... Anyway, good luck learning italian to those reading this.

Benvenuto al corso di italiano! :)
A tip:
You should try reading the Duo light-bulb before starting a topic of lessons.
It helps with understanding some peculiarities.

You may also want to check out the Italian forum:
⠀• Italian from English - Duolingo forum

Ok, i got confused, the translation sounded weird. Thank you.

why did it count il wrong? isnt l' and il the same in this instance?

il and l' can be both masculine, but are used for different words, depending on the first letter that follows. If the noun starts with a vowel you use l', both for feminine and masculine nouns. You use lo if the masculine noun starts with certain letters or combination of consonants, like s followed by another consonant, ps, pt, pn, x, z, (and maybe others that I don't remember, but you'll learn to hear what sounds better) You use il for every other masculine noun

Why not il uomo instead of l'uomo?

You do not have the correct answer l' in the choice of answers on the screen! So I cannot give the right answer and move on!!

The correct answer - l' - is not given as an option. So I cannot answer correctly and move on!

how can you tell if a noun is fem. or masc.?

The most common noun classes in Italian are the following:

The Bride: How did you find me? Bill: I'm the man.

Articles have to match gender and number of the noun they refer to.

The singular determinate articles (the) are:

As "uomo" starts with a vowel,
the appropriate definite article (the) is L' .

The indeterminate articles (a\an) are:

Two tips:
1. Try going through the comments.
Usually someone else had the same question and got an answer.
(But feel free to ask.)
2. You should try reading the Duo light-bulb before starting a topic of lessons.
It helps with understanding some peculiarities. 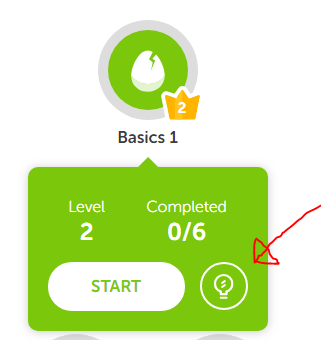 I'm writing it correctly with correct punctuation and all. Duolingo keeps marking it wrong. Very frustrating.

this cannot be the only man on the world

it needs to be I am A man

You are missing the meaning of the sentence.
I am The man = I am the (main) man.
It is a bragging,
saying you are the exemplification of what a man is /
that you are the most manly around / or similar.

Think of someone that has just accomplished a difficult physical task,
requiring significant strength or some other stereotypical masculine trait.
The person, very proud of accomplishing the deed, or winning the competition, might then say: "I am the man!".

In Italian the articles "il" and "la" get shortened when a word begins with a vowel. Instead of saying "il uomo" you say "l'uomo", or "la acqua" to "l'acqua".

In languages that use le and la for the, l' is put in front of a word that begins wit vowel. Vowels can be a, o, e, i, u and sometimes h or y. L' is a substitute for le or la.

It's a contraction, standard of the Italian language in this case.

People who speak a latin language as mother tongue would not have made any mistake as the logic step for them would have been writing the article "the" to translate the phrase in question (I am Spaniard). However, English speakers like you guys use less often articles and rules are not exactly the same.

They do not teach what "the, am, i," etc are. They just expect you to figure out out.

L ' is IL but here it's incorrect! Here we use IO SONO UN UOMO or IO SONO UOMO

I dont understand why its a mistake if I forgot to punctuate it with a fullstop.

The audio does not reflect the correct answer

Follow me follow me leave your homes and family leave your fishing nets and boats upon the shores...

I did type the correct answer

I have the exact answer but was told it was wrong!

Its kinda hard on this app cuz it teaches you how to read italian but not rlly be able to hear it and learn the accent. Imma just learn that stuff on Youtube then.

I'm typing down lo sono l'uomo and it keeps telling me that I'm wrong and tells me the same thing i just wrote down as the right answer. Confused......

I did wrong please give me another chance

no prompts. I cannot complete exercise

No selections to choose from

Have put the correct words in several times and it keeps telling me I am wrong. Won't let me progress further.

IDK how they talk that fast

There should be more speaking questions

Im spelling it right but it keeps telling me its wrong

There wasn't a the

There was no lo

I would like to be able to re-do the saying several times, instead of getting it partially right and having to move on before I feel confident in my pronounciation.