63 Comments
This discussion is locked.

How about if we refer to a whole group or class? Like we're in a storage room full of food. Different shelves have different stuff. But you want to know where the honey shelves are.. Would you ask me "Where is the honey?" or "Where is honey?". Native speakers' opinion is welcome.

I would absolutely say "Where is the honey" in that case. The only time I might say "where is honey" is if I was asking where the word honey was, like on a list of ingredients or something. But even then I'd probably say something like, "Where does it say honey?"

A woman might have the nickname or name of Honey...?? caps should be used here, though. Also a pet like a dog or a horse...

I agree, it should be "where is the honey"? (Also, I wasn't sure if it was supposed to be honey as in the food, or honey as an endearment.)

Exactly, I moused of the words and saw "where is" "Honey" and thought it was asking "Where's Honey?" not "Where is the honey?"

Its just the way it translates i think...

While ‘Where is honey?’ is possible, it's an extremely abstract question. Correct answers include ‘honey pots’, ‘beehives’, and ‘Earth’.

Another problem is that "honey" is used as an endearment like "sweetie", "sugar" for someone you love, so generally if you were to say "Where is honey?" people will think you are looking for your sweetheart or girl friend.

I’m a native speaker, and no, that doesn’t sound right. If it’s indefinite, you need to use the expletive demonstrative ‘there’.

FYI: Ukrainian and Russian are two very different languages. There are 'some' similarities but please do NOT confuse them. Ukrainian has more specific & descriptive words than Russian. (And since Ukraine IS older than Russia by centuries, of course the language will have many more different words.)

Ukrainian has more similarity to Polish than Russian overall, but it's similarity to Russian shouldn't be over looked. I just started this course but I've already found many close words:

Ukrainian is not older than Russian. The Old East Slavic of the Kievan Rus diverged into Russian and Ruthenian over several centuries and Ruthenian subsequently diverged into Ukrainian and Belarusian. Russian was influenced by another East Slav dialect, Old Novgorod. Russian obtained South Slavic influences through Old Church Slavonic. Ukrainian and Belarusian were further influenced by Polish. Ukrainian has retained features of Old East Slavic that Russian has not.

Not weird, but linguistics :) In Proto Indo-European, honey is *médʰu. Almost every branch of Indo-European retains that root in some way. In English "mead" comes from the same root.

Indonesian also uses "madu", although it's not an Indo-European language but it absords many Sanskrit words.

How to pronounce honey? I have tried over and over and it keeps saying i am wrong

can "med" be used as something you'd say to your boy-girlfirend like "kara" in esperanto?

The "honey" is not used as an endearment in Ukrainian.

I can't believe that 5 years after someone first flagged up the missing "the", this issue still hasn't been fixed. "Where is honey?" is totally wrong in English - no matter which way you look at it or try to justify it. It doesn't matter that "the" isn't required in Ukrainian, it still needs to be there in English.

These voice exercises keep declining my answers, i feel like there needs to be more exercises for pronunciation :(

Де мед pronounciation still keeps failing me and i dont know why. The others let me pass so it can't be that wrong.

I am native Russian speaker and I have just tried to meet with language. And they are very same. Де мед? in Russian Где мёд? тато - папа and so on.

One would never say "where is honey," but "where is the honey?"

No. Why does this argument takes forever?

Where is the honey? Saying "Where is there honey?" would be best equated to "Where do I find honey?" (as in, inquiring where to purchase).

As many have already pointed out, this is not a grammatical English sentence. There are very few and rare cases in which this might be considered grammatical in English. This is clearly not one of those cases. It makes Duolingo look bad to keep this English translation with no definite article to support the word honey. Please correct this glaring error as soon as possible.

Can someone please change this? This example is simply not correct in English, I don't understand why there continues to be any debate about it. No native English speaker would say "where is honey?" with no accompanying article in front of the noun honey unless they were asking a philosophical question that could not be inferred from the simply sentences that Duolingo uses to create these modules. The question "where is the honey?" can be general to any amount of honey that the location of said honey desires to be known. One could even say, "where is a honey comb?" or "where is the honey jar?" but never in a million years would the question "where is honey?" be some kind of every day meaning that could possibly refer to any portion of honey in a house or a store. What would it take for someone to edit this translation? Is the offer of lingots something that would motivate action?

I complained about this a month ago (https://forum.duolingo.com/comment/8727717?comment_id=39541127) and someone argued with me that I was wrong, that "the" wasn't necessary, and marked me down! Seriously, the level of stupidity is mind-blowing.

hey fella lets not go around insulting each other.

The ancient technology was quite complicated, so present-day alcohols made of honey don't follow the old recipes and usually have other names like медовуха. Though in Poland it's still produced as "Miód pitny" 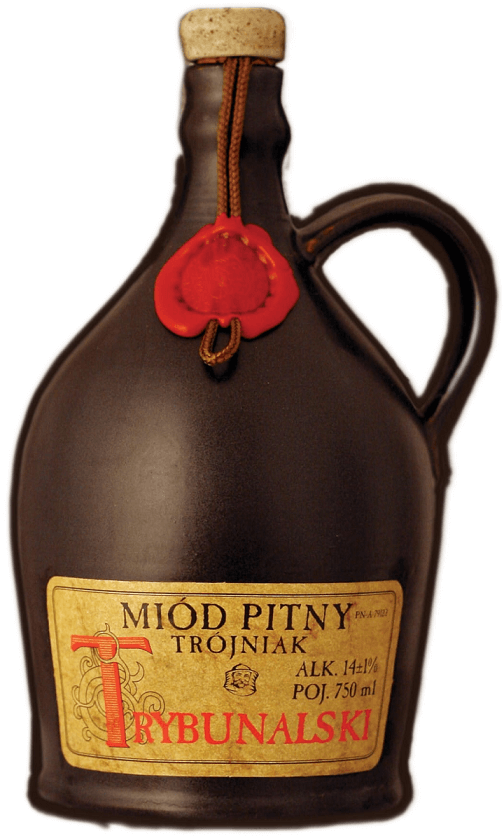 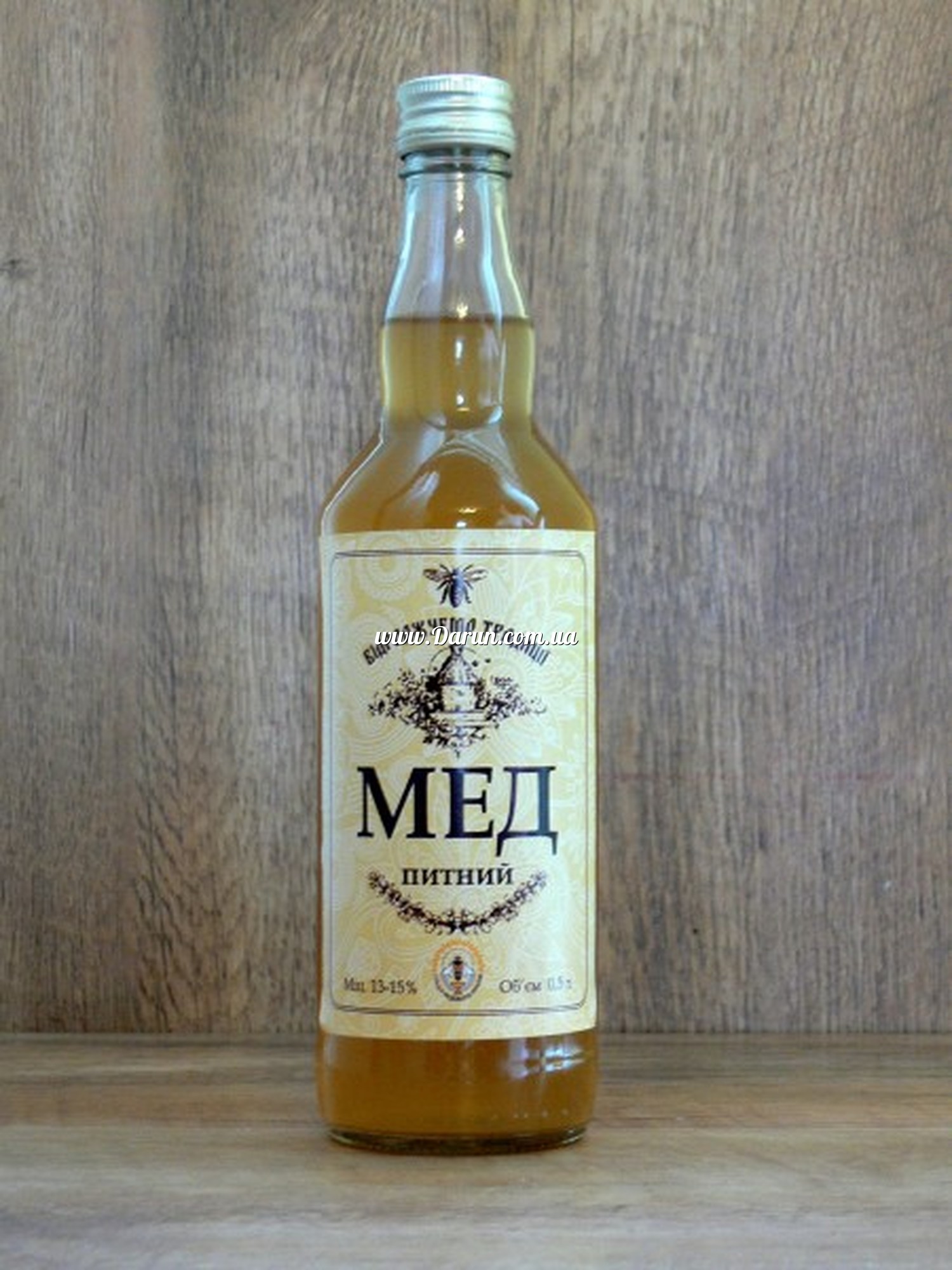 Is there no verb (to be) nor articules?

At least, no "to be" in present tense.

'be' is a unique class of verb called a copula that does not express an action, but identifies or couples one thing with another. Ukrainian implies the copula in the present tense, just as some dialects of English do in phrases like "You good!"

what about "the honey is where?" it marked me wrong

That is not natural English word order -- you would use it in surprise/confirmation questions but not in neutral questions; there, the question word comes first.

yeah; "the honey is where?" would probably only come up in a very specific situation in which someone told you where the honey is but mumbled and you're asking them to clarify where they said the honey is

You just gotta say where is the honey

Where honey doesn't make sense, it should be where is the honey

My American accent is so thick it won't pick up honey

'where is honey?' is not proper English

Why do you say that?

Well, it actually isn't clear from the exercise that it is a specific (definite) object (one known to both the speaker and listener) nor does it matter since the Ukrainian sentence doesn't differentiate whether it is or isn't. It might be glossed by "where is [the] honey" or "where is [some] honey", but there's no good reason to assign it one of those shades of meaning that it lacks in the original language in this learning setting. Of course if you were trying to adapt a novel or a stage script for popular consumption you might want to consider it.

While in English people do habitually use a definite or indefinite article in that question format, that doesn't mean "Where is honey" isn't a sentence. It's just one that makes us slightly uncomfortable like some other uncommon turns of phrase. Grammatically, there's nothing unique about nouns in that format that requires an article, while the same noun in other formats does not, e.g. "Honey is in aisle 12". But again, all that doesn't really matter here because this is a course for people who already know English to learn Ukrainian.

Since you and I are already confident in English expression, we can recognize that "де мед" translates to "Where is honey" while still knowing that if we asked the same question as native English speakers, we would specify an article. However, there's no need to edit these exercises for English style so long as the translations are accurate grammatically.

Deciding the best style will always be something a translator will have to accomplish once they can grasp the meaning, but there's no need to get ahead of ourselves while still learning meaning.

I would've been inclined to agree with you, if "where is honey?" was in fact a proper sentence in English. However, as you can see in the above comments in this thread, I am not the only person specifying that it is not. It is not a question of translation style, it is a question whether a native English speaker regards "where is honey?" as a correct sentence or not (there's a whole strand in Generative Linguistics that talks about this issue). Besides the point that this is a course of Ukrainian for native English speakers, hence it should follow not only the rules of grammar in Ukrainian but also in English.

This isnt even useful lel

I read the hint as "money"

It would be nice if the app allowed us to record ourselves when repeating these ones. I think I am saying it correctly but it tells me I am not... if I could replay it, it would help

I was using my microphone to say this phrase so I could work on pronunciation and it was set to English so instead of the correct phrase it wrote "Damn It ha ha ha ha ha ha" becuse I started laughing really hard.