Translation:Where can one find short trees? 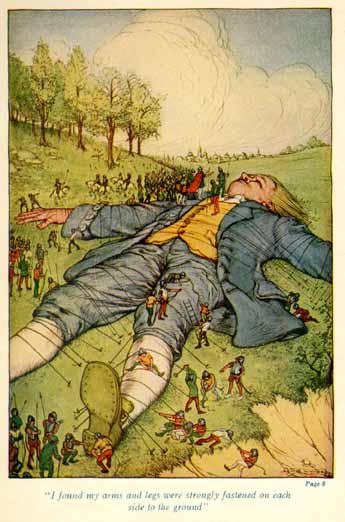 I’ve noticed oni povi trovi… is used frequently in Vikipedio for the common scholarly passive “can be found”, so I translated this “Where can short trees be found?” But perhaps in a question form it’s not so good?

I’ve submitted it for review anyway.

I just got the email saying that

Where can short trees be found?

Shouldn't "Where might one find short trees?" also be acceptable? Might vs Can is an arbitrary distinction; they mean the same thing in this case

Povas means can not might but you could report it and see if it is acceptable.

"short trees"= shrubs?? It was rejected, but I reported it so maybe we'll see.

I doubt it.
And so doubts our local expert.

People don't talk that way. There's no reason to change the word order there. The sentences are evaluated by a computer against "acceptable" answers that are added manually. Subjects generally come before verbs.

tl;dr: A couple practical hints for word order in questions for English speakers, and then a linguistic digression.

I think you may be switching words around because that’s how English constructs questions, by switching word order. Esperanto doesn’t switch word order around in questions (for the most part; I’ll come back to this at the end of this comment). Instead, it always uses either an introductory ĉu, or a ki- correlative, to mark questions.

It can be useful, as an exercise to get used to this, to take a sentence like

Where can one find short trees?

and, before translating it, first turning it into a statement. With ki- question words, change them into kio/kion “that”, kiu/kiun/kiuj/kiujn “he/she/one/they”, kial “for some reason”, kiel “in some way”, kia “some kind(s) of”, kiam “then”, kie “there”, kiom “so much”, and kies “his/hers/one’s/theirs”. (This doesn’t always work exactly, you may have to get creative with exact wording, but the idea works.)

One can find short trees there.

Translate this into Esperanto:

and then delete the substitute word and add the ki- question word to the beginning:

With ĉu, that just means changing the sentence into a statement:

Are there oranges in the dessert?

Oranges are in the dessert.

Then you turn it into a question by sticking ĉu to the front and you’re done.

I said I’d come back to “for the most part”. Esperanto does have fairly free word order in general; though SVO (subject-verb-object) is, by far, most common, OVS, SVO, SOV and VOS are also used—for effect or to stress a particular word—with some frequency. This isn’t written down in Fundamento, it’s not an actual rule of the language, and the other orders aren’t forbidden, but it’s a case of, as salivanto wrote, “people don’t talk that way”.

The same allowance of some free word order is true in Esperanto questions—and a bit more common, since drawing attention to a particular word is a more common thing in questions. Yet you still don’t switch to a weird word order—particularly without motivation to do so.

Your translation is VSO—a weird word order—and more importantly, “Kie povas…” doesn’t have a motivation. Where can is not a conceptual idea in this question (vs. where want, where try, where like and other equally odd ideas). Verbs can come right after correlatives—you see them a lot after kiel and kial, since those question words are referring to the reason and manner of action—but here there’s no reason to do it, unless you’re writing poetry or song lyrics or intend to sound weird.

Your translation is VSO—a weird word order—and more importantly, “Kie povas…” doesn’t have a motivation. Where can is not a conceptual idea in this question (vs. where want, where try, where like and other equally odd ideas).

I just returned here after getting an email about my alternate translation being accepted, and noticed I neglected to give a good example of kie + i-vorto.

Kie situas…? is very common (and Kie situas io? seems to be more common than Kie io situas?), as is _Kie est[aio]s…? and Kie okaz[io]s…?. And “where is, where is placed, where happened” are all conceptual ideas one can grasp—unlike “where can”.

I don't quite understand. How is 'kie situas' one conceptual idea? Two words, two lexical meanings = two ideas. Could you move the subject from the front of the sentence to deemphasize it, or does it make the verb (which is now in front) automatically more emphatic (instead of neutral)?

“Where is something located?” or Kie situas…? is a composable concept the mind can grasp as a question. “Where can something?” or Kie povas…? is not—it’s missing something, an agent or an action.

Could you move the subject from the front of the sentence to deemphasize it, or does it make the verb (which is now in front) automatically more emphatic (instead of neutral)?

If you’re asking if kie povas oni trovas… is acceptable, see the above comment pointing at the reverse exercise. It’s not a question of making povas more emphatic; it’s just that it’s a weird word order that’s unnecessary and could be confusing in a sentence like this with a lot going on.