Translation:One does not play with bears.

Say that to the Danish Duolingo course...

Or the Russian one

Unless if they're teddy bears. Just please don't play with real bears, kids.

no if. Unless they are teddy bears

"One is not playing with the bear." I realize this is a proverb of sorts, but isn't that technically correct?

I'm not quite sure what you're wanting that sentence to mean? 'Man' cannot be used to mean 'one' in sentences where you mean to say that "One [of the children] is not playing..." or similar, it's only used as an indefinite, impersonal pronoun, often in statements like "One should not...", "One does not...", "One could argue that...".

If you're thinking of the royal one, it wouldn't work even if we constructed some bizarre situation where Queen Elizabeth was visiting a zoo and trying to make it abundantly clear that she was not playing with the bear there, because that's not a manner in which we'd use 'man' in Norwegian.

No, I meant it as a pronoun. Both "He is not playing with the bear" and "He does not play with the bear" are grammatically correct, so replacing "he" with "one" in this case seems like it should be allowed, and have both sentences be correct.

"Man" means "One" used as an impersonal pronoun, and it follows some specific rules that are similar in English: to translate "one does not simply walk into Mordor" into "one person isn't simply walking into Mordor" is obviously wrong.

Yes, the Mordor quotation was the one that came to mind immediately here; you can almost see Boromir giving advice about bears, hehe.

Must say, love your example XD

Guys, I don't know if this is any important for you, but for me it was, so: I downloaded norwegian subtitles for lotr and it says ----

What if they're coming toward you on a bike?

OK, I'm officially confused by the different ways to say "one". And how do you know when to use which?

I see you're learning French aw well. The way I remember the Norwegian "man" is that is like the French "on." Usually in English we just use "you" instead of "one" as a generalization meaning "all people." For example, "You/One shouldn't swear in church."

This has really helped me, thank you! :)

'One' is a pronoun in this sentence. You can use "en" or "man". "man" can only be used as the subject however. 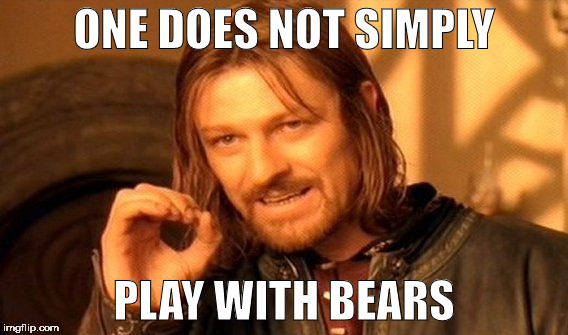 This was a listening question and I mistook Man for Mann. I understand the concept of "One does not simply walk into Mordor" but you might say something like "Man walks upright, as compared with cats." Is there a way to say that in Norwegian that uses the English word "Man" in this way?

No, we could use "mennesket" if we wanted to give off a similarly pretentious vibe, but generally "mennesker" is the way to go, as in "Humans walk upright...".

what's the difference of pronunciation between man and mann?

i don't think there's a difference in pronounciation between those two, except perhaps a prolonged "n" sound for mann?

There is no difference in the pronunciation.

There is a difference in pronunciation. In "man" you kind of draw the [a] out, but in "mann" you put the pressure on [n] making it kind of "bouncy". It is a bit hard to explain, but I hope it helped :)