Translation:We do not have any pieces of furniture. We sit and lie down on the floor.

Like a college grad who just moved into a new apartment! Woah! this looks exactly like a house I've been to sans furniture.

Etymology seekers -- German for furniture is Möbel. The ö is between an "oh" and "ey".

All of these derive from Latin ‘mobile’ (same meaning as the English word), as opposed to the building and grounds, which in some languages are called words derived from ‘immobile’.

Did Zamenhof speak German though? Furniture is "meble" (pl.) in Polish.

Zamenhof spoke fluent German (and Russian and Polish, and probably Yiddish since it's the language his mother spoke to him in; and, well, later Esperanto) ☺

His father was a teacher of German and French. Ludoviko said he read French well, but spoke it baddly (though with such a humble man, I wonder what he called "bad").

He had good or very good notions of a dozen languages.

And "mebli" in Ukrainian (plural)

And in Brazilian Portuguese it is móvel, close to the German one. 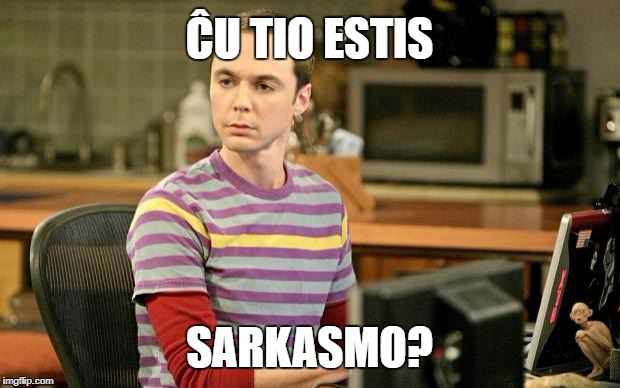 meblo - for one item. In Russian we have a very similar word мебель . But мебель is for meblaro -- furniture

"Another translation: down We do not have any pieces of furniture. We sit and lie on the floor." I think that suggested translation is inherently flawed.

I think the translation is very clumsy and certainly doesn't sound natural to me. I'd never say pieces of furniture for example, it sounds weird. As for having to but sit down or lie down, that again is a matter of style. Down adds nothing to the sentence and indeed, many think these redundant words are stylistically bad. In other words, the sentence should be accepted with or without down and with or without "pieces of" before furniture. Duo does this sort of thing far too often and in confuses learners.

Yes, I agree the translation could be simpler. The translation could very well be: "We don't have furniture. We sit and lie on the floor." I think the course creators are trying to get over the idea that the word "meblo" in Esperanto refers to an individual item of furniture, while in English it's a collective noun.

'Etaĝo' is floor in the sense of 'level'. Like in "...The third floor the four-storey building."

Is there a reason there's "planko" for floors in this lesson but also "etagxo" for floor? Does "etagxo" mean "levels", for example: there's 136 "etagxoj" in a skyscraper but they each have their own "planko"?

According to AdolfStein1 in the comments on this page, yes.

"Etaĝo" is "floor" in the sense of stage/level/story. It comes from the French étage.

"Planko" is "floor" in the sense of being a surface. It derives from the English "plank".

Thanks! Going to reply to this post, I suddenly realized this question has already been answered....oops. I had tried to see if it was, but there was too many comments so I gave up and asked anyways. Mdr! (multa da ridoj)

planko - the the part of a room that's under the carpet.

etaĝo - the part of a building where everything is on the same level. A 10-story building has 9 or 10 of them, depending on how you count.

Okay, I answered this three times:

The answer given was "We do not have any pieces of furniture. We sit and lie down on the floor."

Is it really dinging me because I used the progressive tense in the English translation?