What would "mortiĝi" mean? That is what I put instead of morti.

When -iĝ- is added to a verb, it essentially removes one of the actors. So "fandi" means "to melt something. Adding -iĝ- (fandĝi) removes the melter and leave the meltee (it means that something melts). "Morti" only has one actor, so mortiĝi would be a verb with no actors, which is nonsense. One could argue that it means "fariĝi morta" but that's already what "morti" means. In other words, don't say "mortiĝi".

Edit: [One year later] Analogous to sidi/sidiĝi, the word mortiĝi could be contrived to mean "become dead" - however, it's not a word I use and PIV has it marked as a word to be avoided.

This is an inadequate explanation of the effect of the suffix -igx- on argument structure in Esperanto, partly because it ignores the fact that roots are not parts of speech, and partly because the suffix doesn't really directly affect argument structure. What it does affect is semantic structure. "Rugx-" is a root that has to do with redness. As a verb "rugxi" means "to be red." Adding the suffix "-igx-" to it yields a verb that means "to become red." That doesn't remove any actors (unless you want to point out that in the case of being red, nobody was acting to begin with). Unfortunately Zamenhof was not as clever as he thought he was, and Esperanto is much more idiosyncratic and irregular than anyone wants to admit. The verb "morti" ought to mean "to BE dead" (then the sentences "li mortas" and "li estas morta" would mean the same thing, similarly to "li rugxas" and "li estas rugxa") and then the verb for dying would be, quite sensibly "mortigxi." As it is, "mortigxi" ought to be either just a synonym of "morti" (cf. English "use" and "usage") or possibly an inchoative of it, with a meaning along the lines of "to start dying."

Sorry to be inadequate. It's difficult to cover every nuance in five lines and get the kids to all their activities on time. It is, however, generally accepted among Esperanto grammar theorists that roots really do have a grammatical quality. This follows naturally from the meaning of the root. So, when I said previously that "mort-" is a verb, what I really meant was that "mort-" is a root with a verb-like quality, based on the meaning of "mort-".

I would also argue that this is another reason to save expressions like "rugxas" for special cases, because it's best to look at it this way: "gxi estas rugxa" and "gxi rugxas" do NOT mean the same thing. That's why there are two ways to say it.

I'm sorry for having been so aggressive. I was frustrated and I took my frustration out on you.

Please, correct me if I am wrong

You are correct about that entry - however notice that it's marked "evi" -- that means that while the word has been used that way historically, it's best to avoid that usage. I added a note to my comment form a year ago.

I am the angel of death. The hour of purification is at hand. 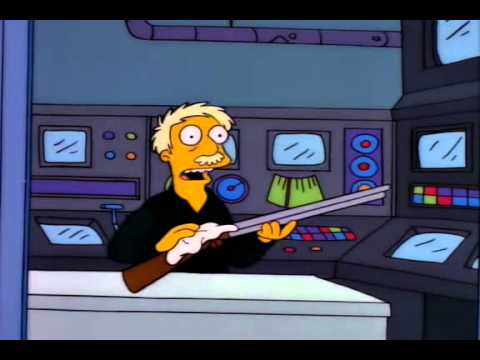 Oops. I think Cxiu devus morti is much more sinister.

See other questions/answers about mortiĝi in this thread.

Excuse me. I keep getting hung up on the difference between iu and io, having understood that the former is the adjective and the latter the pronoun. Surely "everyone" is a pronoun. Why not "Ĉio devas morti?"

Because cxio means everyTHING. -io refers to things; -iu refers to people. The distinction is not between adjective and pronoun.

I would say it's closer to adjective/noun than people/thing. Do you guys still have questions about this?

Is this philosophical, like "everybody dies someday", or is this a supervillain giving orders for his underlings to remove all the witnesses at the crime scene?