we say it "min" in Azeri Turkish

Why does it say "board" as the answer when you get it wrong?

Because it can also mean "board" as in "Board the train"

I typed 'Bir' and it marked me correct! Now, I am thinking how many incorrect translations Duolingo may have fed me already. 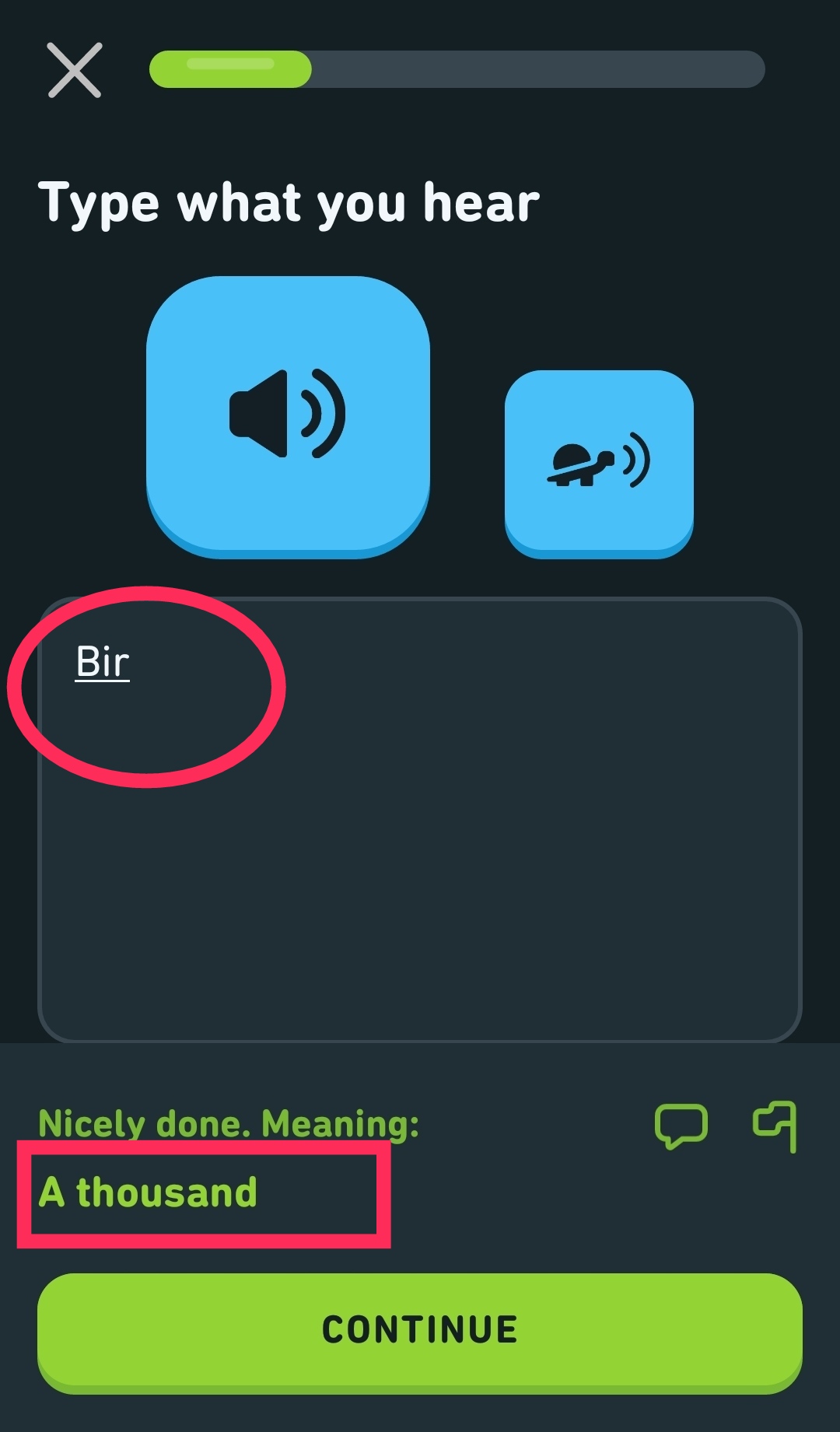 I'm doing Polish and wrong answers have got through. Now I always check with the sample answer at the top of the comments section (where there is often an alternative audio file).

This applies to Turkish, too

I think Porter Coggins' question was nothing to do with the pronunciation but about whether you can say "bir bin" in Turkish, just as we say "one thousand" or "a thousand" and not simply "thousand" in English.

I'm not sure of the answer but I think it may be similar to German, with "bir bin" only being used for emphasis when there are higher thousands being spoken of as well. Eg. "Sen dört bin liran var ama ben yalnız bir bin liram var." (You have four thousand lira but I only have one thousand.) I don't know if this is true, but it's my hunch.